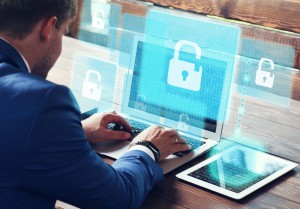 Shipping companies can avoid the costly cyber attacks by training their seafarers and onshore employees. Ship operators are not doing enough to educate crew about the risks of cyber attacks or how to avoid them. This was made clear by a survey, which reported last week that 84% of respondents had either very limited or no training on cyber security. While, more than half of the respondents acknowledging that they had a degree of responsibility for maintaining the security of IT systems on board the vessels.

In the waters off Nigeria, where hijackings are a longstanding problem, shipowners may not have legal access to embarked PMSCs to counter the risk of piracy, despite advocacy by industry representatives. According to security analysts Risk Intelligence, Nigeria’s navy recently reinforced its longstanding policy against embarked PMSCs. The Nigerian Navy Operations Directorate, has made it clear that armed guards of any kind – hired contractors, police or military forces – are not allowed on merchant vessels in Nigerian waters.

A British luxury cruise ship with 4,000 passengers on board has rescued 10 African migrants off the coast of Spain near Almeria. The crew of the the P&O Cruises flagship Britannia spotted an inflatable dinghy carrying the migrants at 1am in the morning and immediately performed a U-turn and issued a man overboard announcement to the cruise passengers. A Spanish coastguard helicopter was sent to pull the migrants out of the water, and onto the vessel..

A new cyber security training programme has been launched, produced by KVH Videotel in association with global shipping association BIMCO, to address the threat of ransomware and other computer system breaches that could severely affect the safety of ships’ crew, systems, and operations. Companies will soon have to ensure that cyber security procedures are properly addressed in their ship’s Safety Management System (SMS), so now is the time to act.

Sea Diamond to be Raised
The Greek government has ordered the raising of a sunken cruise ship that foundered just off the holiday island of Santorini ten years ago, leaving two passengers missing and presumed dead. The Merchant Marine Ministry said Friday the wreck of the Sea Diamond poses a potential environmental risk and is a hazard to shipping. On April 5, 2007, the 470-foot (143-meter) cruise ship struck a volcanic reef in the sea-filled crater formed by a massive volcanic eruption 3,500 years ago. It lies more than 300 feet (91 meters) deep.