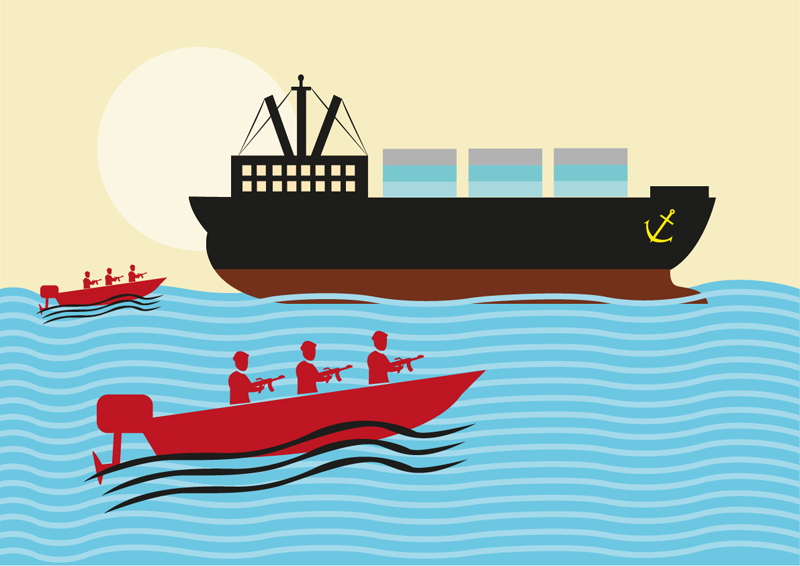 Global Piracy Concerns
Global piracy continues to be a concern in the Gulf of Guinea, Southeast Asia and Venezuela, according to statistics released yesterday by the International Chamber of Commerce’s International Maritime Bureau (IMB). In the first nine months of 2017, 121 incidents of piracy and armed robbery against ships were reported, including 92 vessels boarded with five hijackings, 11 attempted attacks and 13 vessels fired upon. While this is a decrease compared to statistics from the same period in 2016, the report shows that attacks in the Gulf of Guinea and Southeast Asia are still an issue.
https://goo.gl/ZH8Vfy

A solitary lowball bid for a detained OSV in Aberdeen yesterday saw an auctioneer cancel the ship’s sale, in the process prolonging the anguish of the crew and families of the “Malaviya Seven” who are owed many months of back pay. Bust GOL Offshore owes hundreds of thousands of dollars in salaries to staff both ashore and at sea. The “Malaviya Seven2 OSV, had been detained in Scotland for a year with six of the crew still onboard after more than 16 months. The International Transport Workers’ Federation (ITF) said the 24 crew of the vessel were owed more than £600,000 in total.

Torpedo Spears Tanker
Royal Navy divers have destroyed a test torpedo that was speared by the anchor of a product tanker off Portland, UK. The historic ordnance had been pierced by the fluke of the anchor as it landed on the seabed, and had then been dragged up from a depth of about 50 feet. Portsmouth-based Southern Diving Unit 2 were dispatched to the scene and they immediately evacuated the majority of the crew. Six mariners, including the master, stayed on board in readiness to fight any fires that could have broken out.
https://goo.gl/sQF3Tw

While there is positive talk about tackling seafarer abandonment, the rhetoric does not do much to help seafarers in an actual situation. There is no systematic international process for dealing with abandonment. The consuls of some countries have no awareness of these aspects of shipping and their role in such situations. If seafarers are abandoned in port States without the wherewithal and the sympathy, understanding and experience of immigration officers, they are treated as illegal immigrants and deported. A new system is needed and long overdue.
https://goo.gl/rW37JE

Massive Migrant Rescue
A ship carrying 606 migrants rescued at sea, off the Libyan coast, has docked in Sicily. Rescue ship “Aquarius”, which is operated by NGO SOS Méditerranée picked up the migrants as they attempted to cross the Mediterranean. The people rescued, who include 241 children and 11 pregnant women, come from around 20 African and Middle-Eastern countries, including Egypt, Sudan, Eritrea, Mali, Ivory Coast, Guinea Bissau, Nigeria, Ghana, The Gambia and Yemen, the organistion said. The group said that some of the migrants are malnourished and that many of the sub-Saharan African women claim to have suffered abuse.
https://goo.gl/KhACYj