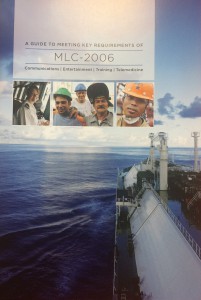 Review of Aussie MLC Stance
In July and September 2017, the Australian Maritime Safety Authority (AMSA) detained the ships Rena and DL Carnation respectively for non-payment of crew wages and other breaches under the Maritime Labour Convention 2006 (MLC). AMSA is the governing body which bears responsibility for the regulation and implementation of the MLC in Australia. Its powers are wide and include investigating any complaint alleging a breach of the MLC reported by seafarers or interested parties (eg trade unions).
https://goo.gl/7RzZpX

Seafarer Disappearance Investigated
Canadian authorities are still looking into the disappearance of a crewman from a ship that was docked in Trois-Rivieres, Quebec. The country’s Transportation Safety Board (TSB) and the provincial police force Surete du Quebec on Wednesday said they had no new light to throw on the case of the 23-year-old third officer missing from the Dutch vessel Amazoneborg, not even to the extent of revealing the man’s name or nationality. But both agencies said that updates on the case were imminent. TSB spokesperson Chris Krepski said: “Our investigative team attended the site…the occurrence continues to be under assessment.”

British Captain Honoured
A British sailor has been honoured for helping rescue more than 900 refugees in the Mediterranean Sea. Jamie Wilson is the captain of a commercial ship that was checking a pipeline off the coast of Libya when it was drafted to rescue nine overcrowded migrant dinghies over a gruelling five days. Neither he nor his ship’s crew had any previous experience of search and rescue work but Captain Wilson said he was compelled to respond to the “unprecedented” crisis. The British-flagged ship, “Deep Vision”, was sailing off the coast of Libya on 28 January when it received a call about a boat in distress and started the rescue.

Seafarers Killed in Confined Space
Three seafarers lost their lives onboard a cargo ship anchored at the Port of Sohar on September 30, Oman’s Public Authority for Civil Defence and Ambulance (PACDA) informed.  The men, all of them Asian nationals, died from inhaling wood-preserving chemicals inside the unnamed ship. “Sohar Industrial Port Company (SIPC) is very sad to announce the unfortunate death of three workers due to an operational accident onboard of a general cargo ship at Sohar Port on Saturday evening by 9.30 p.m.,” SIPC said in a separate statement.

Attenborough Engine Landmark
Rolls-Royce is marking a major milestone on the journey towards the completion of Britain’s new polar research vessel the RRS Sir David Attenborough being built by Merseyside shipyard Cammell Laird. The last of the vessel’s Bergen B33:45 engines /gensets have been craned into the ship’s hull at Cammell Laird ready to be connected to the RRS Sir David Attenborough’s Rolls-Royce propulsion system. The nine-cylinder engines are carefully installed in three separate pieces. The first part of the nine-cylinder engine to be craned into place was its double resilient foundation.