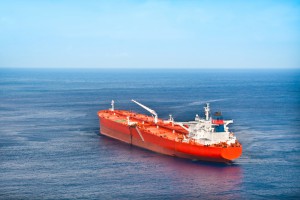 Ships Kept Waiting
More than 300 large dry cargo ships are having to wait outside Chinese and Australian ports in a maritime traffic jam that spotlights bottlenecks in China’s huge and global commodity supply chain as demand peaks this winter. With some vessels waiting to load coal and iron ore outside Australian ports for over a month, key charter rates have jumped to their highest in more than three years. Placed end-to-end, the total delayed fleet would stretch more than 40 miles, enough to span the English Channel from Dover to Calais and back.

Record Abandonment Cases
The Mission to Seafarers claims 2017 marked a high point in the number of cases of abandoned crew the charity has handled. In a year-end release issued yesterday, the Revd Canon Andrew Wright, secretary general of the Mission to Seafarers, described 2017 as a year of “challenges and successes”. “We have seen more seafarers than ever need our help after being abandoned, far from shore, without payment, food and water,” Wright noted. Wright has spoken of the damage caused by what he described as “this immoral practice”.

Seychelles authorities have charged six Somali nationals with piracy-related crimes for allegedly attacking a British containership and a fishing vessel in the Indian Ocean last month. The six suspected pirates were apprehended by the crew of an Italian warship aboard their whaler following separate attacks on the UK-flagged MV Ever Dynamic and FV Galerna III, which took place over a 24-hour period on 17-18 November in the Southern Somali Basin in the Indian Ocean. According to evidence, the six suspects crewed a motor whaler that was supposedly used as a mothership to launch the attacks using a skiff.

Panama Record Breakers
With a total of 8,094 vessels, Panama is emerging today as the country with the largest registry of ships in the world, a figure that made it worthy of a Guinness Record. Official figures revealed that, in 2016, the Isthmian nation brought together about 18 percent of the world fleet, followed by Liberia, the Marshall Islands, China Hong Kong and Singapore, which together account for 57.8 percent of the total quota of the market, according to the United Nations Conference on Trade and Development.
https://goo.gl/TW8Vya

Shadowy Animal Sea Trade
An average of 20 tons of pangolins and their parts have been trafficked internationally each year with smugglers using 27 new global trade routes annually. The report, The Global trafficking of pangolins: a comprehensive summary of seizures and trafficking routes from 2010–2015, was released in the wake of the world’s largest ever pangolin seizure, when China announced the seizure of 11.9 tons of scales from a ship in Shenzen last month.  Known as the world’s most trafficked mammal, all eight (four Asian and four African) species of pangolins are prohibited from international trade under CITES.