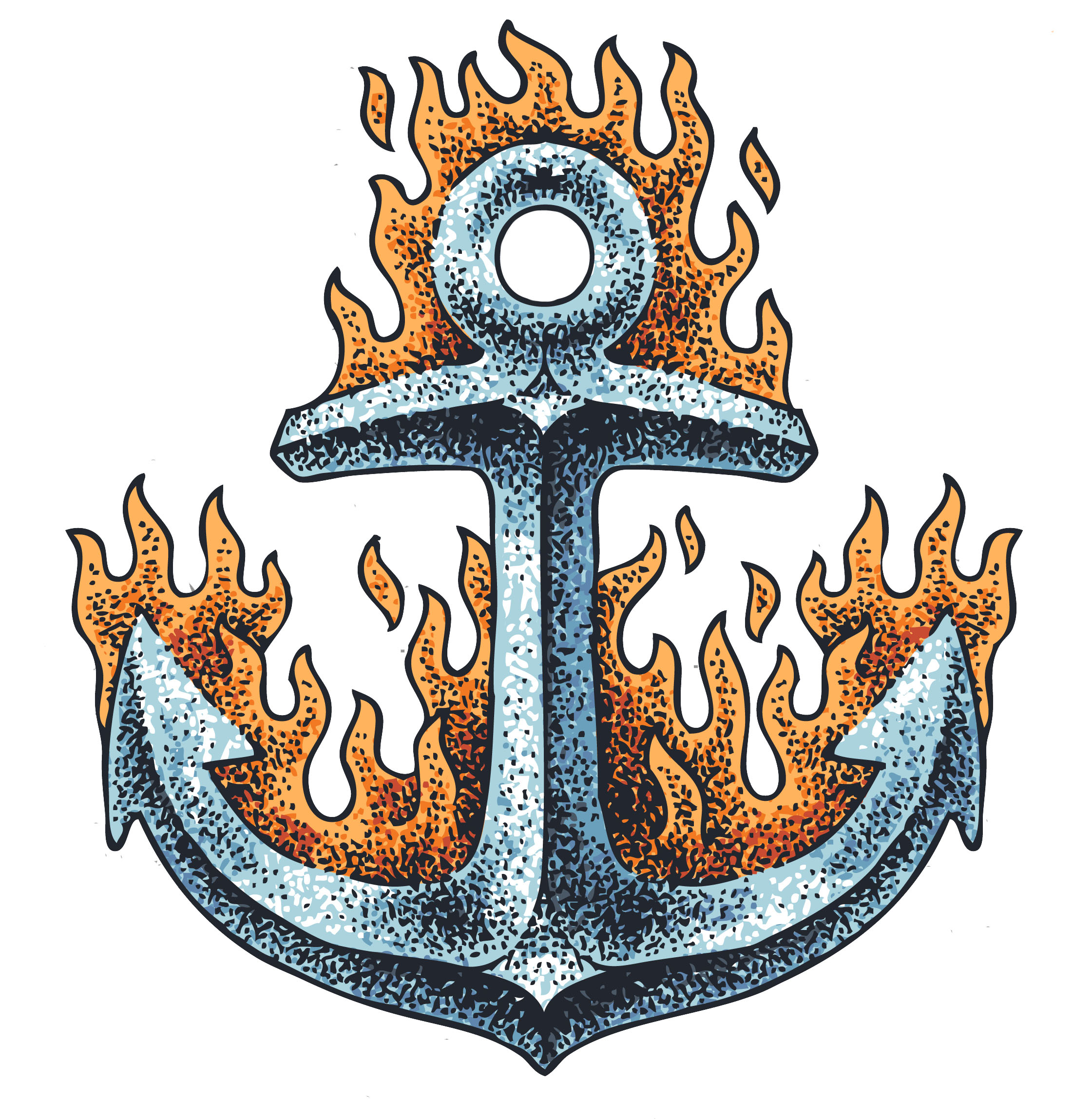 Modern shipping is all about change. New vessel shapes, designs, and capabilities are evolving like never before. In our new Crewtoo series, we look at those technical changes…in this article we look at the design and development of anchors.

There are some things that boats have always needed. To float, to move forward and to be held in place…whether fishing, visiting ports or just waiting around. Vessels, from wooden canoes upwards have always looked to some form of anchor.

The earliest would likely have simply been rocks on a length of twine. Our seafaring ancestors would have thrown the rock over the side, and the weight would (hopefully) have held the boat in place.

So, the History of the anchor dates back millennia. Rock anchors have been found dating from at least the Bronze Age. However, as vessels grew and as they had to encounter more challenging environments, then the use of mass alone was never going to be enough.

Brain over brawn is the maxim when it comes to the development of anchors.  Over thousands of years, the rock evolved. The ancient Greeks used baskets of stones, large sacks filled with sand, and wooden logs filled with lead. Then as iron emerged as the go to material, then suddenly it was about holding power, not mere weight alone.

The concept of an anchor “biting” into the sea bed, was perhaps the origin of the early leaps in design. The invention of teeth on an anchor is attributed to many great characters from history, but perhaps the most interesting is that King Midas was behind the design.

We know he had something of a golden touch, so perhaps it was he that pushed the concept forward. Originally there was only one fluke or tooth, so in essence it was really a hook. Over time though a second “hook” was added, and the design that many would recognise today was born.

Even ancient monuments appear to have anchors which are not so far away from the looks from relatively recently. Though the ancient anchors, while looking like a tattoo on Popeye’s arm, did lack many of the design elements and sophistications that larger vessels were set to require.

It was the British that made some of the greatest leaps in anchoring science, art and manufacture. Until the beginning of the 19th century anchors were poorly constructed, made of low quality materials and bad welding. They were almost something of an afterthought – which is surprising given how important they are.

It wasn’t until a young British shipyard clerk decided that curved arms were an answer did real change come. After a revelation, and change or manufacturing, the “modern” anchor was born.

After 1852 the British admiralty anchor, with its curved arms, was supplied to H.M. ships. The arms were formed in one piece, so as to avoid weaknesses in welding, and were pivoted at the crown on a bolt passing through the forked shank. The points or pees to the palms were blunt. This anchor had an excellent reputation, it held fast and that was all that could be asked.

The introduction of cast steel in 1894 led to further improvements. Weight was reduced and holding power increased. This was the holy grail, the ability to lose excess weight on the vessel, but without compromising the ability to keep they vessel in one place.

Whether awaiting tides, or in an emergency as they were about to crash onto rocks. The anchor provides safety, reassurance and a vital means ensuring the ship stays where it is meant to be.

With the issue of flukes and arms sorted, it was to the top of the anchor that matters turned. For years the bottom flukes turn into a shaft, and this in turn had a stock across the top.  The stock is used to “cant” or rotate the anchor.

If it falls on the ground, resting on one arm and one stock, when a strain is brought on the cable, the stock rotates the anchor, causing the arms to lie at a downward angle to the holding ground; and the flukes enter and bury themselves below the surface of the seabed. The stock was a useful device to save weight, but actually was of limited use on different types of bottom.

So, as vessels began to require ease of handling on different kinds of seabed, then the stockless ship anchor was designed. These have the advantage of a dead weight for holding in very hard bottoms, and the ability to bite and hold in sand and/or mud.

As the name suggests, a stockless ship anchor has no crosspiece on the shank and the arms are pivoted so that both of them can engage at the same time. Stockless anchors are very much the norm on commercial vessels and can be seen hanging out of the hawsepipes of most vessels.

There is a myth that anchoring is all about the hook. It isn’t. Actually, the chain provides a great deal of the holding power too. Just think about it, the anchor is dropped and the chain paid out. The vessel then falls backwards, and it is the length of chain which hangs down into the water, along the bed and finally to where the anchor lies.

There is much more contact with the bottom from the chain than actually even the anchor has. So, it is as much about the development of high quality chain that has given vessels their ability to hold on.

The chain lays down from the vessel and creates the catenary, around which the vessel can move and turn as it rides at anchor. Too little chain and the pulling forces would be too great, too much and the vessel could range away from the desired position.

Also, as vessels bring up their anchors and have the water pouring from the hawsepipe, and maybe even additional hoses rigged. It is to clear the chain of mud or whatever the bottom might be. Most people think it’s to clean the anchor…lest we forget, it will be cleaned pretty effectively by the sea as it hangs down. So, the water is all about getting the muck from the chain before it is coiled into the chain locker.

As vessels have grown in size, their anchors have had to match that. There is as much emphasis on the anchor and chain today as there always has been. As with most things maritime, it is back to the Titanic we look for some sense of scale and scope.

As with all things, times change and the growth of ultra large container vessels have seen the need for ultra-sized anchors. The anchor of a Maersk PS-class container vessel weighs in at an impressive 29 tons. While the links of chain weigh more than 500 pounds each.

It is not just the container giants which need big anchors. The Cunard’s Queen Mary 2 is equally impressive. QM2 has three 23 tonne anchors, so two working and one spare. While the anchor chains are collectively 770 metres long, of 114mm section and weigh 273 tonnes, they and have a breaking strain of 9300kN.

What do you think about anchors? We’d love to know your thoughts. Have you crossed the chains, pulled your anchor or even seen one snap off? Let us know…