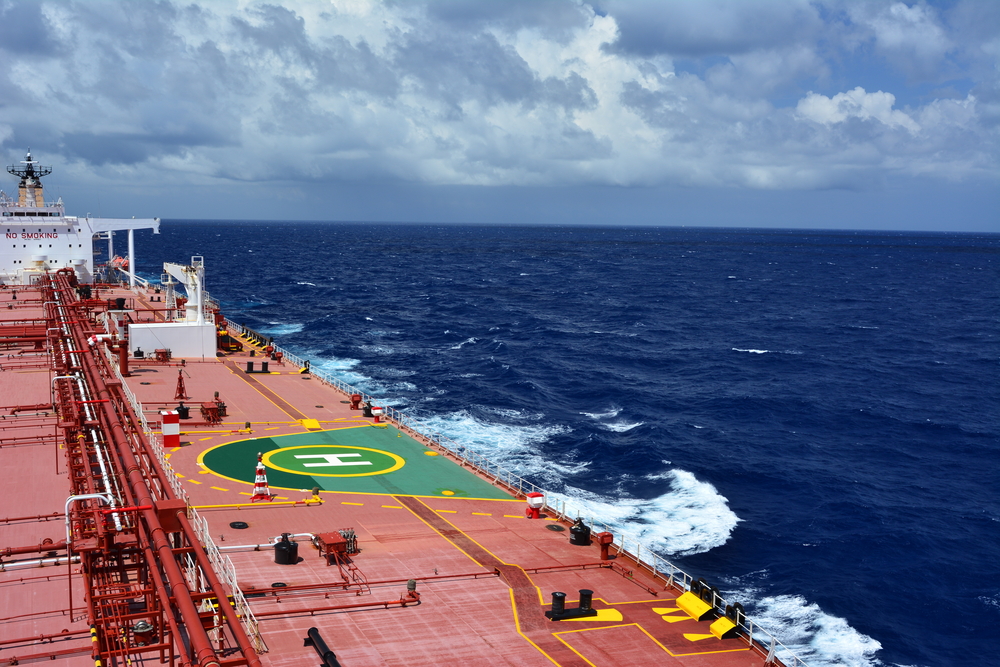 Modern shipping is all about change. New vessel shapes, designs, and capabilities are evolving like never before. In our Crewtoo construction series, we look at those technical changes…this time around, everything you ever wanted to know about decks, but were afraid to ask.

WHAT IS A DECK

A deck is a permanent covering over a compartment or a hull of a ship. On a boat or ship, the primary or upper deck is the horizontal structure that forms the “roof” of the hull, strengthening it and serving as the primary working surface.

Vessels often have more than one level both within the hull and in the superstructure above the primary deck, like the floors of a multi-story building, that are also referred to as decks, as are certain compartments and decks built over specific areas of the superstructure. Decks for some purposes have specific names.

The main purpose of the upper or primary deck is structural, and only secondarily to provide weather-tightness and support people and equipment. The deck serves as the lid to the complex box girder which is the hull. It resists tension, compression, and racking forces.

On ships with more than one level, deck refers to the level itself. The actual floor surface is called the sole, the term deck refers to a structural member tying the ships frames or ribs together over the keel.

ALL HAND ON DECK

All hands-on deck, as they say in the movies. What though is the definition of a “deck” and how have they emerged and evolved over the millennia of vessel design changes and development?

When ships only traded relatively locally, they didn’t tend to have decks. They were merely “empty vessels” (literally), into which cargo was loaded. It wasn’t until the Greeks and Romans began to range further around the Mediterranean and beyond, that they needed a covering over the hold and hull.

With Roman galleys often being powered by slaves rowing, it was necessary to keep them protected from the elements – and also contained to stop them escaping. So, a deck allowed both of these things. While also providing more space for people onboard and for fighting men.

The Greeks and Romans were also great maritime trading civilisations, so they were loading their vessels with cargo. This mean they needed not only the space for their people, but protected areas to keep their good protected.

Not all renowned seafarers embraced the deck idea. Think of a Viking longship – these were always open to the environment. This was partly due to the fact that they drew such a shallow draft, which allowed the Vikings to head up shallow rivers and strike their victims deep into their own territory.

For the Vikings, the idea of building an extra deck and structure would have made their vessels unstable, and lost them a major tactical advantage. Also, as they were only trading relatively locally, then they made a cost-benefit analysis, and the ship design without a deck won out.

This is an important issue, as the design without a deck, ultimately meant that the Viking longships could never really grow beyond certain sizes. The stresses and strains on the ships, as they weren’t “tied together”, meant that anything over around 30m began to bend too much.

Also, the lack of a deck meant that the crew were exposed to the elements. So, despite them being incredibly hardy, they must have faced incredibly sapping conditions. Especially when we find that they may well have ranged as far as North America. Without a deck, they were seemingly making life harder for themselves, and were compromising the evolution of their vessel designs.

A DESIGN FOR LIFE

So, as we can see, the vessel types which embraced the deck design, were able to conquer the world through trade. While the Vikings needed smaller, tactical vessels – the great trading civilisations needed cargo space and protection, and they needed to be able to grow.

Weather decks evolved from having structures fore (forward or front) and aft (rear) of the ship mostly clear; in the 19th century, pilothouses/wheelhouses and deckhouses began to appear, eventually developing into the superstructure of modern ships.

A deck is vital to the rigidity of the vessel, and makes perfect sense in ensuring a ship is rigid enough, can deal with water breaking over the bow, or even with precipitation. The deck becomes both a platform for operations, and a surface to bolt machinery to. Equipment mounted on deck, such as the ship’s wheel, binnacle, fife rails, and so forth, may be collectively referred to as deck furniture.

It has become a means of protection, and a fundamental strength member to create the design of a box girder, which we recognise today. With a means of closing all openings, and a sheer which draws water away – the deck provides the perfect solution in naval architecture and ship design. It is an elegant solution, one which is multifunctional and vital.

Crew Cabins on board ship

When one hears the expression “below decks”, this often referred to the crew or perhaps even lower-class passengers. These were forced to exist in fairly grim conditions in the hull of the ship.

Even as improvements were made in ship design, and the standards of welfare for those at sea. The concept of cabins below the deck line has persisted, more especially on cruise ships.

Some merchant ships may alternatively designate decks below the primary deck, usually machinery spaces, by numbers, and those above it, in the accommodation block, by letters. Ships may also call decks by names, common deck names on a cruise ship would be the “Lido deck”, which is the swimming pool level, and the “Promenade”, which is a deck to walk/stroll. A particular cruise line will usually have fleet wide terms. Most Princess ships have a Caribe deck, Plaza deck, etc., and Celebrity ships all have similar deck names (Panorama, Entertainment, Resort).

What are your thoughts on decks and their developments? What about the future? Will modern ships do things differently? We would love to hear your what you think…