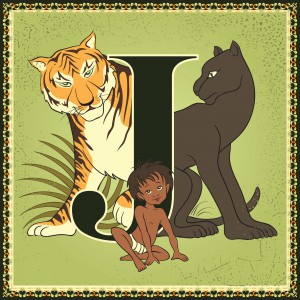 It was Baloo the bear, singing in the Jungle Book who perhaps best captured the spirit of shore leave for seafarers. It is indeed one of life’s simple bare necessities. A chance for crew to forget about their worries and their strife.

The Crewtoo Seafarers Happiness Index has given those working at sea a voice, and has highlighted the basics required for a satisfying and rewarding life at sea. From the 2015 results, seafarers stated they want shore leave to be straightforward, transport cheap and facilities good.

Shore leave is essential for seafarers who spend many weeks, perhaps months, confined to their workplace. Even on the best ships this means having only work mates and managers for company. On the worst, well it can be hell without a respite…and that is what shore leave is. It is a chance to step away – to de-stress, to de-compress and to see a world away from the diesel fug and thud of the engines, the hum of the air con, and stress of watchkeeping.

Those who work at sea need to get on shore to access phones and the internet to contact family, to seek welfare, social, medical or psychological support if needed, and to have a break from the work environment.

Seafarers’ essential right to have respite on shore has been eroded for years, if not decades. The growing pressures in the industry for fast turnarounds, smaller crews and security demands, means that it is ever harder to break free – even for a short time, let alone a long time.

Increasing demands on crews and ships are cutting drastically into time in ports. In and out, ASAP. Cargo whizzing, audits, surveys and management visits. All mean less time for seafarers to drop their constant professional façade, and to be more human, just for a break.

There are fewer opportunities for shore leave, and it is clear for seafarers that this is not sustainable. For those in the industry now, then it is a miserable state of affairs – but for those who may be thinking about seafaring as a career – well the lure used to be “see the world”. Now it seems that is less and less likely.

Now it seems more an opportunity to work yourself ragged, with perhaps a distance glimpse of a town or city. It is not only the industry which has changed, ports themselves have evolved. Large new ports and extended terminals are likely to be remote and isolated, far away from the traditional cities and populations. So far from civilisation, that seafarers’ options, when they do have time off-ship, are increasingly limited – and expensive.

Seafarers are now subject to tight security regulations in port, and their movement around ports – even access to telephone booths and welfare missions can all too often be severely restricted.

Nations have become increasingly paranoid – and visitors who arrive by sea are viewed with mistrust and fear. Visa requirements and immigration controls are affecting more and more seafarers, and the impact is that it is ever harder to get ashore and to feel some form of normality.

Security can bring positives – but sadly, draconian, one-size-fits-all security approaches are having a detrimental effect on seafarers. Access to traditional shore-based welfare services is being hit, and this massively contributes to loneliness, stress and isolation. In short, limiting shore leave damages the health and wellbeing of those working at sea.

With seafarers wanting shore leave to be straightforward, transport cheap and facilities to be good, there are challenges ahead. Shipping is not going to slow down, ports are not going to become less mechanised and more welcoming – so there needs to be a rethink of other aspects of how things are done.

Once again we turn to the Maritime Labour Convention (MLC) to see what the pillar of seafarer rights decrees. Regulation 2.4 – Entitlement to leave, states “Seafarers shall be granted shore leave to benefit their health and well-being and with the operational requirements of their positions”.

It seems pretty clear – health and well-being need to be considered, and shore leave shall be granted. So why are we still hearing calls for better access and freedom to simply get some time ashore?

Well it would seem that seafarers are not being listened to, it seems that charities, unions and professional bodies are being ignored. Someone must be skirting their responsibilities and ports must not be being held to account. Even from a governmental perspective, port states simply cannot be coming under enough pressure, and flag states are being able to ignore the matter.

There need to be far greater guarantees of the right to shore leave. Indeed, international seafarers’ identity documents need to afford greater real world benefits to crew. They need to be able to open doors – and while steps are being taken to make them more like e-passports, until then they don’t seem to be having the desired effect.

Away from security, overlooking documentation – it seems that all too easily and often seafarers become a kind of cash cow. Taxi firms, bus operators, even port companies, are milking seafarers and making it too expensive to get ashore.

This seems morally wrong – and it is damaging not just the health and wellbeing of individuals, but it is potentially having a massive impact on shipping. With seafarer shortages, particularly officers, predicted – it seems incredible that such a pivotal issue as shore leave is being collectively overlooked or downplayed.

The message is clear, there needs to be change – there needs to be a simple system – one which recognises not just who seafarers are, but safeguards their rights to get ashore. The airline crew difference is one which is often cited – but until seafarers are treated in the same way as cabin crew, then the good seafarers will leave the sea, and the new ones simply won’t enter the industry at all. So we need to not so much see the world, but seize the need for change.

Have you experienced difficulties getting ashore? Is it too expensive and too difficult, what about the impact of hours of rest? Let us know what you think…