Seafaring A-Z Alphabet – B is for… 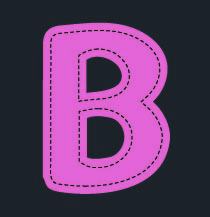 Over the past year we have looked at the seafarer welfare issues and challenges affecting those at sea today. We’re building an A-Z of the most important words and phrases in seafaring and those which are having the greatest impact – send us your own suggestions for entry into the Crewtoo A-Z.

Let’s get this rolling with:

Ballast – Ships have a worrying propensity to topple over; stability is a science and art, and has been vexing seafarers for centuries.

You only need to visit the wrecked, sunken hull of the Mary Rose to see the effect of top heavy ships…they are trying constantly to turn turtle. As the centre of gravity rises and rises, the metacentric height shrinks, and seafarers begin to twitch.

To counter this we have ballast. It used to be old rocks and stones shoved into the hull, now it has evolved into something rather more clever – and every bit as significant. Today water ballast is the norm – sucked in and pumped around the various tanks to keep the ship upright, trimmed and to stop it from turning over.

If only the issue stopped there! Alas, sucking up water in one ocean, port or sea, and then pumping it out elsewhere creates major ecological implications. Now ballast water treatment is a massive concern and issue.

Another problem is when older vessels, particularly bulk carriers, are unable to rid themselves of ballast as fast as huge mechanical loaders can dump heavy cargoes, such as iron ore, into the holds. Many a bulker has snapped in two on the berth or been lost at sea as a result. Ballast is a complex, and potentially deadly business for people and planet alike.

Bareboat – Ships exist for business. The marine adventure pays the bills and makes the owner money. To do this it’s all about chartering the vessel out. There are many different ways of doing so – there are some more subtle and complex types of charter, but in essence they consist of three main kinds – bareboat, time or voyage.

A bareboat charter is when a charterer takes over the whole vessel for a period. It is an arrangement for the hiring of a vessel whereby no administration or technical maintenance is included as part of the agreement.

The charterer takes possession and exerts full control of the vessel along with the legal and financial responsibility for it. The charterer pays for all operating expenses, including fuel, crew, port expenses and P&I and hull insurance.

Such a charter period may last for many years and may end with the charterer acquiring title (ownership) of the ship. In this case, a demise charter is a form of hire-purchase from the owners, who may well have been the shipbuilders. Demise chartering is common for tankers and bulk-carriers.

If we think in terms of cars, this kind of arrangement would be akin to leasing the car – the driver takes over the car and runs it completely for the agreed period. Sometimes they hand it back, sometimes they make a payment and assume full ownership.

Biofouling – Marine growth on the hull of ships can have an enormous impact on speed, performance and fuel efficiency.

Biofouling or biological fouling is the accumulation of microorganisms, plants, algae, or animals on wetted surfaces. Such buildup of biofouling on marine vessels poses a significant problem.

In some instances, the hull structure and propulsion systems can actually even be damaged. While over time, the accumulation of biofoulers on hulls can increase both the hydrodynamic volume of a vessel and the frictional effects leading to increased drag of up to 60%. While the drag increase has been seen to decrease speeds by up to 10%, which can require up to a 40% increase in fuel to compensate.

In order to counter the attraction of hulls to marine life, a variety of antifouling methods have historically been used. Antifouling is the ability of specifically designed coatings to remove or prevent biofouling by any number of organisms on wetted surfaces.

It used to be that potent chemicals were sprayed onto the hull – this did indeed stop growth, but was also polluting the entire ocean. The use of bottom paints containing “tributyltin”, had a serious toxic effects on marine life, and was even blamed for decimating shellfish industries in some countries.

Barometer – When Queen and David Bowie sang of being under pressure, they could have been referring to the life of a seafarer. Not just under work stress, but barometric pressure too.

Being able to forecast weather conditions at sea is a vital part of safety, and so the barograph has played a hugely significant part in shipboard life.

Barometric pressure, is the pressure exerted by the weight of air in the atmosphere of Earth, and when this rises or falls it can indicate the weather patterns which are heading the mariners’ way. Changes in pressure reveal features such as anticyclones (areas of high pressure) and depressions (areas of low pressure).

Falling pressure can indicate weather related issues ahead – as air flows from high pressure to lower pressure a falling barometer indicates that a different weather pattern is arriving and it is often worse.

Air falls off high pressure into the low, and this means movement…which translates into winds, and also it can mean air of different temperatures mixing, which can give rise to rain.

Keep an eye on the barometer – “When the glass falls low, prepare for a blow” – as the old sailors used to say.

Barratry – Pirates have always been seen as the bad guys of the shipping world, and rightly so. While piracy hogs the headlines, fills movie theatres and evolves into folklore, rather less is spoken about another crime at sea, “barratry”.

Barratry is an act of gross misconduct committed by a master or crew of a vessel, and involved damaging or stealing the vessel or its cargo. These activities may include desertion, illegal scuttling, theft of the ship or cargo, and committing any actions which may not be in the shipowner’s best interests by the master or crew.

At various points in history, barratry has been considered a capital offence, but views on it have waxed and waned over the centuries. Since the advent of modern communications, it has perhaps been less likely that masters can have the free reign to commit such acts.

However, the ugly face of barratry has seemingly been raised again in recent years. There have been allegations made in both West Africa and SE Asia that crews have been conspiring with pirate gangs and criminals to have cargoes of oil stolen to order.

Bosun – The crew hierarchy on merchant vessels is highly structured and defined. The link between the crew and officers, on the deck side rests with the “bosun”.

The Bosun can be considered the “foreman” of the crew – and the role involves working closely with the Chief Officer to ensure that day-to-day maintenance tasks are completed, and that any navigational or operational needs are attended to.

The role is an extremely important one – supervising the deck crew, assigning tasks to the crew. The bosun also ensures the standards of the procedures used by the crew are right and proper. Bosuns are very experienced, and they know their vessels inside out.

As you can guess, the role of bosun is an ancient one – and can even be traced back as a rank to before the Norman Conquest. Records show that a boat’s crew back in the year 1040 consisted of a master, boatswain, carpenter and cook. Shakespeare even featured a bosun in The Tempest.

The word and pronunciation of “bosun” is a derivation of the term “boatswain” – which is derived from late Old English “batswegen”, from bat (boat) added to the Old Norse sveinn (swain), meaning a young man.

The bosun is key to maintenance of the deck and above-deck areas, performing daily inspections on the exposed and superstructure ship areas. They also act as the watchman of the ship for the captain or superior officers. In a real sense, the bosun acts as the conduit between senior officers and the rest of the crew, ensuring that his superiors are able to carry out their workload without the added problems of the crew.

Buoys – In our hyper technical age it can perhaps be all too easy to forget the importance and significance of buoyage when it comes to navigation.

At the most basic level, a buoy is an anchored float which serves as a navigation mark to show the direction or route a vessel should take, or serves as a warning maker to show reefs or other hazards, or it is something that can be used for mooring, when not alongside.

The buoy has long had a place in the history of navigation – based on two facts, simplicity and reliability. Using lights, colours, top marks and sounds, they stand as reliable, reassuring beacons of certainty as the waves crash, currents pull and tides rise and fall.

The need for dependable aids to navigation can be traced to the beginnings of maritime commerce. Types of floating markers have existed for centuries, but the first recorded buoy was mentioned in La Compasso de Navigare in the 13th Century. Located in the Guadalquivir River, this buoy aided mariners approaching Sevilla, Spain.

The first buoys in Northern European waters, were recorded 30 years later, were in the Vlie River which empties into the Zuider Zee. They guided ships to the commercial centres of Amsterdam and Kampen. The maintenance of these buoys, mostly hollow wooden casks bound with iron bands and moored with chain and a large stone, was the responsibility of individual port authorities.

Modern buoys have built on this most basic of premise, and whether large steel structures leading into major ports, or small plastic markers leading into marinas – mariners are as reliant on buoyage today as they have always been.