Room with a View: The Construction of the Wheelhouse 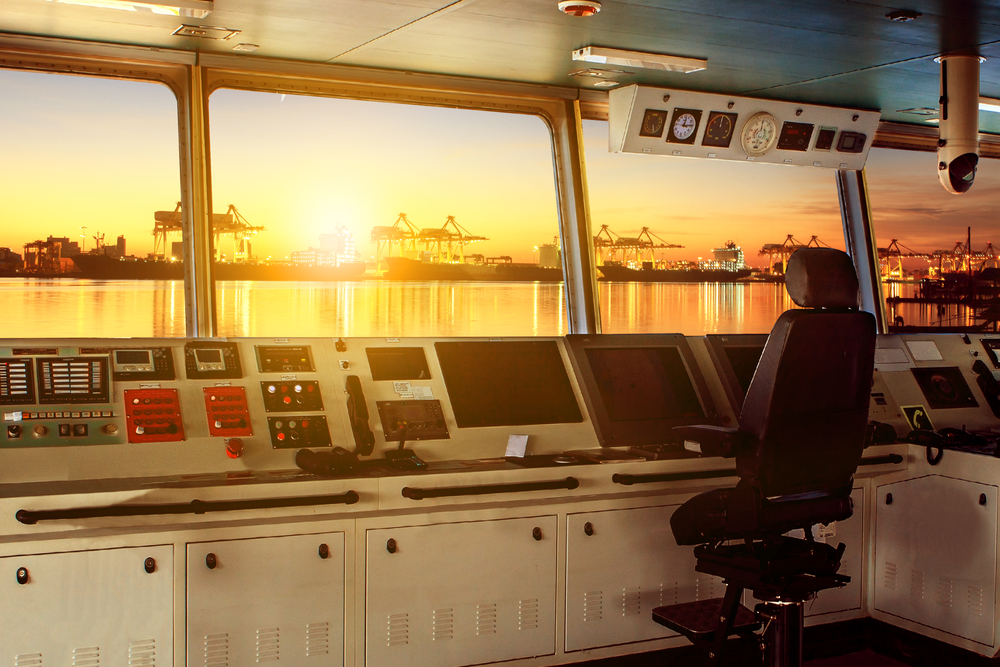 Modern shipping is all about change. New vessel shapes, designs, and capabilities are evolving like never before. In our Crewtoo construction series, we look at those technical changes…this time around, we visit the wheelhouse.

MORE THAN A BRIDGE

The Wheelhouse, or “bridge” of a ship is the area from which the ship can be commanded. When a ship is underway the wheelhouse is manned by an OOW (officer of the watch).

Wheelhouses were the enclosed parts of a larger “bridge” that historically held the ship’s wheel. Today, ship’s bridges do not have a separate wheelhouse; but the term wheelhouse is still acceptable.

Historically sailing ships were commanded from the quarterdeck, aft of the mainmast. With the arrival of paddle steamers, engineers required a platform from which they could inspect the paddle wheels and where the captain’s view would not be obstructed by the paddle houses. A raised walkway, literally a bridge, connecting the paddle houses was therefore provided.

When the screw propeller eventually superseded the paddle wheel, the bridge was retained – as it made an excellent position to safely oversee navigation and ships operations.

Traditionally, commands would be passed from the senior officer on the bridge to stations dispersed throughout the ship. Until relatively recently there was no means of remote control of steering or machinery. As such helm orders would be passed to an enclosed wheel house, where the coxswain or helmsman operated the ship’s wheel.

Engine commands would be relayed to the engineer in the engine room by an engine order telegraph that displayed the captain’s orders on a dial. The engineer would ensure that the correct combination of steam pressure and engine revolutions were applied.

The bridge was often open to the elements, therefore a weatherproof pilot house could be provided, from which a pilot, who was traditionally the ship’s navigating officer, could issue commands from shelter.

In order to try and limit the effects of the vessel on the compass on iron, and later steel, a compass platform was needed. This was usually on the monkey island, where a magnetic compass could be sited far away as possible from the ferrous interference of the hull of the ship.

Modern advances in remote control equipment have seen progressive transfer of the actual control of the ship to the bridge. The wheel and throttles can be operated directly from the bridge, controlling the machinery spaces.

The bridge now encompasses the old “wheelhouse” in a totally enclosed arrangement, with some vessels having “bridge wings” which are open to the environment. Many are completely closed off.

This modern bridge, houses the equipment necessary to safely navigate a vessel on passage. Such equipment will vary with ship type, but generally includes the GPS, a Navtex receiver, an ECDIS or chart system, one or more radars, a communications system (including distress calling equipment, engine (telegraph) controls, a wheel/autopilot system, a magnetic compass (for redundancy and cross check capability) and light/sound signalling devices.

In actual fact, the ship’s wheelhouse has changed remarkably little in 50 years. Yes, there is more technology, more buttons and more automation – but a deck officer from the past would recognise the basic premise and lay out. That may be about to change though.

THE WHEELHOUSE OF THE FUTURE

If the glossy brochure and slick videos are anything to go by, then the wheelhouse of the near future will look very different even to today. With huge video screens, Star Trek style command chairs and all manner of controls. The future is bright, and that is just from all the buttons.

Companies such as Rolls Royce, Wartsila and many others are betting that before autonomous vessels, there will be a mid-generation of vessels. One that will have far more remote-control aspects, but which will still have human operations at the centre. The vision of seafaring ten years from now is a world where ship captains call on heads-up displays and high-tech workstations turn the bridge into an augmented reality command and control system.

The conventional helm will be replaced by a workstation that identifies different users and adjusts the helm station to custom pre-sets for chair adjustment, and control and display configurations. The windows form an adjustable heads-up display with visual augmentation that enhances situational awareness. With this, the captain can “see through” the deck, so a crewman is visible on the augmented display even if the deck or equipment is in the way.

The screen can also show the route of one’s own ship and others, obstacles hidden by fog and other weather conditions, thermal night vision, sea ice conditions along the planned route, share points of view with deckhands and enhance them with augmented markers, and share information in real time between two vessels.

What are your thoughts on seafarer accommodation and its developments? What about the future? Will modern ships do things differently and what will the wheelhouse of the future be like? We would love to hear your what you think…