Why is basketball so popular in The Philippines? 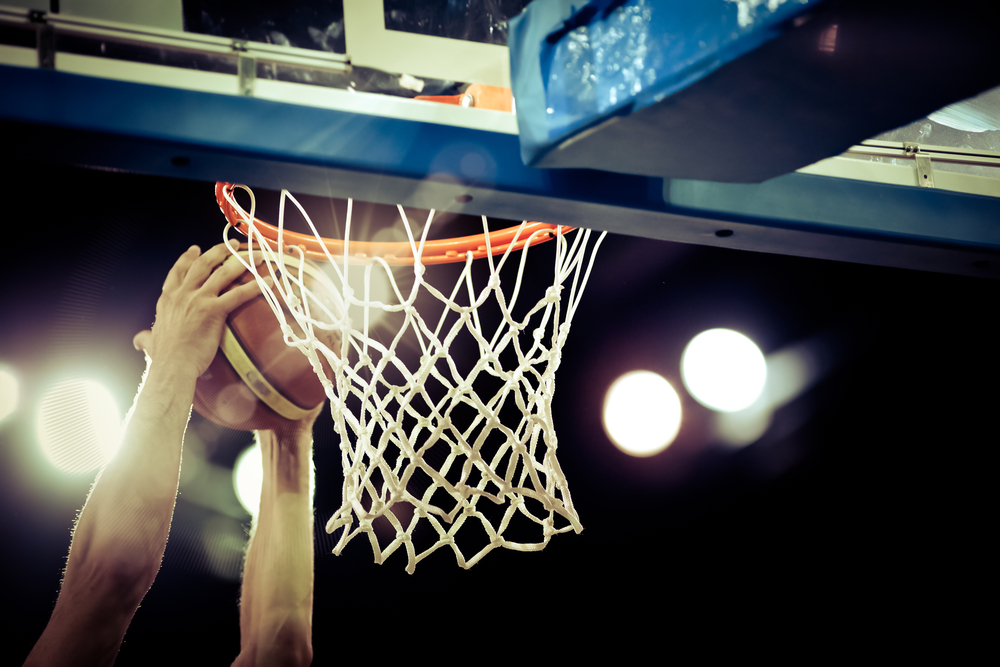 Brazil has soccer, the Philippines has basketball! As coverage of Philippine basketball, including select full games, is coming to merchant ships through KVH’s SPORTSlink™ and IP-MobileCast™, we ask just how the sport got so big in the Philippines.

The Origin of Basketball – The Most Popular Sport

What have peaches got to do with basketball? Well, let us tell you… the sport itself was born in the USA. Back in 1891 a physical education instructor, James Naismith, was puzzling about an indoor game which could keep his players fit and sharp during the cold winter months. Based out of the YMCA in Springfield, Naismith devised a game with a soccer ball and two baskets. He divided his class of eighteen into two teams and taught them the objective of the game.

It was pure simplicity: throw the ball into the fruit baskets nailed to the lower railing of the gym balcony. Every time a point was scored, the game was halted so the janitor could bring out a ladder and retrieve the ball. After a while someone applied some common sense and the bottoms of the fruit baskets were removed.

The teams found the game quick to pick up – even the name was simple. Initially it had been suggested it be named after the inventor – but he said, “We have a ball and a basket: why don’t we call it basketball?”

A basketball hoop offers fun, exercise, and competition aboard an oil tanker

The first public basketball game was played in Springfield, Massachusetts, on March 11, 1892. The game, as we know and love it today, had arrived – and even the soccer balls were replaced by the Spalding ball, which is so recognizable and associated with the game – from Madison Square Garden, to parking lots around the globe…even on the decks of ships!

The YMCA had a major role in spreading basketball throughout the United States, Canada, and the world. It was introduced to the Philippines by the YMCA early in the American colonial period (1898–1946) and was an important part of an overhaul of the education system.

The Philippines won several medals in various pan-Asian competitions over the next few decades. Winning the 1913 Far Eastern games was an incredible moment for the nation. This was the springboard that made basketball what is it is today, the most popular sport in the Philippines.

Basketball is played on both the amateur and professional levels. Almost everywhere you look in the country, on the streets of Manila or along pristine beaches of Boracay, or in flashes amongst the forests of Bataan – you will see people sporting the colors of their favorite teams.

Why did basketball take off the way it did? When the Americans brought organized sport to the country, they focused on baseball and basketball, but it was the hoops that took off. Perhaps it is easy to understand why. Basketball doesn’t need a big field or soft surfaces to dive around on. The game requires little space, no maintenance, no expensive gear, and no required number of players for a social game.

Its accessibility is a real key to why so many people play it – and it is fast and entertaining too. Basketball suits the life of Filipino teenagers well, and is easy to learn but hard to master. This strategic and dynamic nature makes the game rewarding for both players and spectators.

Let Us Entertain You

Filipino fans love being entertained, enjoy being kept on the edge of their seats by the game’s unpredictable twists. The last second baskets bringing the house down, the drama of time outs when the game is on the line…it has everything a sports fan could want, and the fast pace was one of the main reasons it has merged so well within the culture. It also helps that the Philippines has been successful over the years. Philippine basketball teams are a source of national pride for the country.

The country’s love for the game continues. Nike reports that the Philippines is its third largest basketball market after the USA and China, and whether on the islands, or in the city – in the affluent areas of Makati or on makeshift courts in Tondo, basketball runs through the heart of the nation.

Basketball is more than just a sport in the Philippines; it is also a commercial, social and, cultural phenomenon. Billboards, print advertisements, and television ads all over the country feature the sport or an athlete endorsing a product, from beverages to sports apparel.

Fashion and culture, too, are shaped by the sport. No self-respecting Filipino would be without the latest sneakers. Whenever seafarers get ashore, one of the first stops is often the nearest Footlocker to stock up on basketball shoes.

Pop Quiz: What are the most popular Nike Basketball shoes in the Philippines? The Kobe Bryant signature shoes and the Nike Hyperdunk

Nike recognizes the importance of the Philippines, with nearly 40 million people playing or having played basketball. According to one report, 81% of the urban population claim to be basketball fans, with nearly 50% being avid fans.

Basketball is also the number one sport in viewership and participation, with 99% of people aware of the NBA. Filipinos have more access to professional basketball games than Americans themselves, with games shown on cable daily, broadcasted across four to five channels simultaneously. Now it is even going to be shown on ships too – which is an incredible boost for Filipino seafarers and the sport itself.

Philippine Basketball – The Season Ahead

There is incredible excitement that seafarers are now able to keep up with basketball from home, just like their families and friends. Daily coverage will be available via NEWSlink Print special editions and full games from the Philippine Basketball Association (PBA) are now on merchant ships through KVH’s SPORTSlink and IP-MobileCast. So what does the season ahead hold?

KVH is now distributing select complete PBA games to seafarers onboard ships for the 43rd and 44th PBA seasons. The Smart Araneta Coliseum in Quezon City was rocking as the 2017-18 PBA Philippine Cup got underway, in a great game that ultimately saw the three-time defending All-Filipino champions San Miguel Beer blast past the Phoenix Fuel Masters, 104-96.

The Beermen fended off Phoenix’s late charge in the final quarter for their first win of the new conference. As they go hunting for a fourth consecutive All-Filipino title, it looks like it could get very tight in the matches and months ahead.

The experts think it could be one of the most dramatic seasons for years – with San Miguel Beermen, Barangay Ginebra, and Alaska Aces all with legitimate chances for the championship.

The Cup of Dreams

The PBA Philippine Cup is so popular in part because it is a tournament that does not allow teams to hire foreign players or imports. This means that it is the biggest test in Philippine sport.

Prior to 2004–05 season, the tournament was known as the PBA All-Filipino Cup. It is considered the most prestigious of the three conferences in a PBA season. The San Miguel Beermen are the conference’s current defending champions.

Since the 2006–07 season, the Jun Bernardino Trophy, named after former PBA commissioner, has been awarded to the champions. The trophy is made up of 24-carat gold plate, in which the champions can keep for a year.

A men’s professional basketball league, the PBA was the first such league in Asia and its popularity throughout the region is widespread. However, many of those fans have long missed out on seeing games because they serve onboard commercial vessels. Not any more though, as the full games are beamed to ships and likely to become a shipboard phenomenon.