You Spin me Right Round: The Marine Propeller 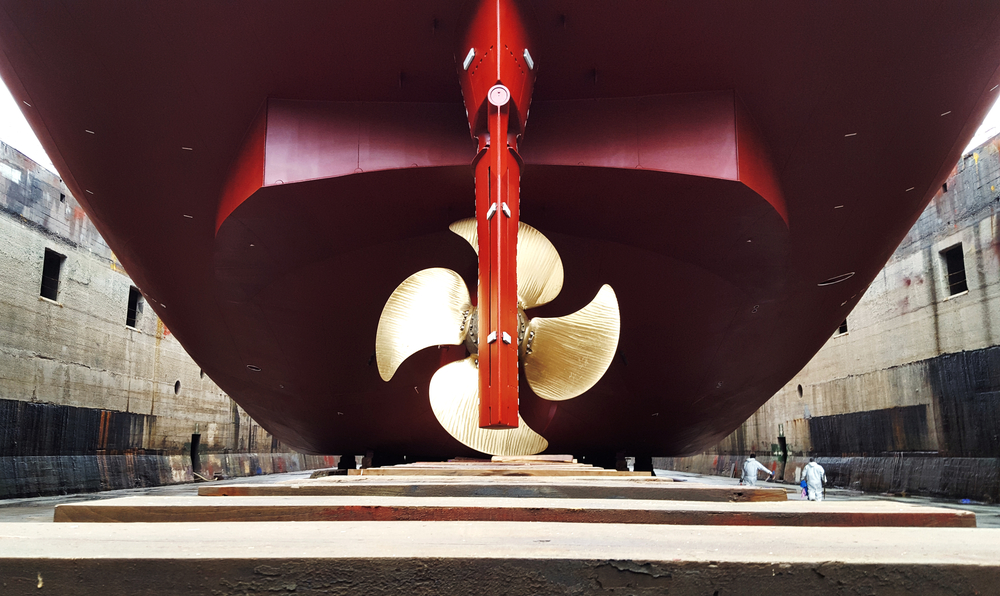 Modern shipping is all about change. New vessel shapes, designs, and capabilities are evolving like never before. In our Crewtoo construction series, we look at those technical changes…this time around, we give props to the propeller.

A REVOLUTION IN PROPULSION

With the advent of steam and it managing to eclipse sailing ships, it was necessary to translate the power of engines into propulsion – for a while this was done by means of cumbersome paddle wheels. They eventually gave way to technology, and now propellers are the most common form of propulsion on ships.

As far back as the year 1752, the Academy of Sciences of Paris offered a range of prizes that brought a significant contribution in shipbuilding, and a range of differing types of propeller had long been designed.

However, it was not until 1839 when Thomas Petit Smith, an English engineer, built a screw steamship that things changed, His vessel was a triumph, and deemed a “complete success”. The vessel named “Archimedes”, was a hundred and twenty-five feet long, twenty-two feet in the beam, and with a draft of thirteen feet.

Smith took the vessel to Bristol in 1842, the visionary engineer Isambard Kingdom Brunel immediately recognised its advantages. At the time, Brunel planned to power his iron behemoth, and maritime masterpiece, the SS Great Britain with paddlewheels. Once he saw the power of propellers, he instantly knew a better method of propulsion when he saw it. The Great Britain was to be powered by propeller, and so were the great ships to follow.

HOW DO THEY DO THAT?

A propeller works by thrusting a column of water away from the main body of the ship, thereby producing a reactive force that moves the boat forward. Most vessels use a screw-type propeller that transmits thrust through the main shaft to the thrust bearing.

The engines provide power, which turns the propeller by means of the shaft, and the reactive power reacts to the backward force of the water column to push the ship forward. For every action, an equal and opposite reaction, as you well know.

The spinning blades provide momentum to a fluid which causes a force to act on the ship – pushing it forward, or pulling it astern, depending on the direction of rotation. Propeller blades rotate downward while water rushes in to fill the space left behind to create a pressure differential.

A DESIGN FOR LIFE

The design of propellers is still taking place and there are no end of attempts and experiments to find new optimum designs and ways of delivering push and pull. The history of the screw propeller is a long one, but there is no sign that the propeller will be replaced by any great leap forward for large ships just yet.

When considering the design, size, construction, number of blades and material of propeller to be used – and indeed how many will be needed, naval architects need to look forward not astern…and under the water too.

There is much to consider – not least the speed required, how deep she will sit in the water, and the shape of the hull. Just how much resistance will be met, and how much “push” will be needed to get the vessel moving as needed. These factors depend considerably on the type and number of propellers used.

The desired state is to have as high as possible propeller efficiency, and so power out versus power in, need to be balanced. So, the choice of a propeller mainly depends on the type and draft of the ship. So too, the number of propellers attached to the vessel. Up to a point (usually 3 or 4), the more a ship has, the more manoeuvrable she will be. This allows the power to be finessed and more accurately applied.

FROM CASTING TO PRINTING

As with everything in shipping, cost is a major factor too. Something which can especially affect the materials used. Marine propellers are obviously made from corrosion resistant materials. They have to be robust and strong, but also not too heavy. No-one wants a ship trimmed too heavily to the stern.

The construction of propellers commonly employs bronze alloyed with other metals notably aluminium, manganese and nickel. Giving the weight to strength ratio that the demanding role requires. Though the future will likely see all manner of new composite materials, indeed metals may be a thing of the past.

The construction process of the propeller had remained virtually unchanged in the last 50 years, until relatively recently. Propellers were manufactured by sand casting technology. A mould cavity was made in sand, and then molten metal was poured in. The propeller was then finished to give the characteristics needed.

This was before 3D printing – now there are increasingly propellers made by this most modern technique, and the use is set to rise into the future. The use of 3D printing gives amazing choice, in both materials and design – and will likely see propellers become even more advanced.

A controllable pitch propeller has detachable blades which are adjustable to give the variation in pitch which their name suggests. In a CPP the blades are separate components that can be adjusted to present different surfaces to the flow giving fine tuning over speed and engine loadings.

A CPP propeller has the added advantage that in the event of blade damage a replacement can often be fitted underwater eliminating the need for expensive drydocking and time lost in removing and repairing the damaged propeller.

The fixed propeller is a far simpler affair. It has none of the sophistication of moving parts of its CPP relative – but that is not to say it is not refined or extremely clever. The science, maths and construction of even fixed propellers are a thing of genius.

What do you think? Will metal propellers become a thing of the past? Will they all be 3D printed, or will podded propulsion mean the traditional screw vessel’s days are numbered? We would love to hear from you.