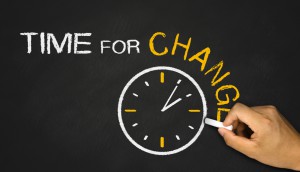 ANY PORT IN A STORM

It used to be that ships hoving into sight of port were abuzz with excitement. Those who had been to the port before would tell tales of what to look forward too, this restaurant, these shops, those friendly locals…etc…

Sadly now all that seems to have changed. The overriding feeling of many seafarers is dread of port calls. Now arrival heralds a frantic round of audits, inspections, maintenance and added security burdens.

The Crewtoo Seafarers Happiness Index has given those working at sea a voice, and has highlighted the basics required for a satisfying and rewarding life at sea. From the 2015 results, seafarers stated they wanted action to make port calls less daunting and tiring.

The concept of reduced crew numbers onboard, the notional “minimum safe manning” figure has always been viewed in isolation. The technological advances onboard were always meant to soak up increased work. Which may well have been a sound theory – but ships exist at sea and in port, not in a vacuum.

The reality of changes to audits, vetting, state inspections and management requirements have meant that ships are subject to incredible levels of checks and scrutiny. Now the time in port is about two things – cargo work, and intense levels of scrutiny of the ship and crew.

BACK IN THE DAYS

The old days of golf, meals out, relaxation – perhaps some swimming in a local hotel or the Seafarers Mission, now seems a long, long time ago. A world away from the mundane reality of today.

Seafarers are simply being worked too hard, and made to sustain levels of activity which make them miserable. It is as simple, or as complicated, as that. Being at sea is not about seeing the world anymore – and that change is tragic.

Yes, there are magical moments out at sea – sights, sounds, sunsets and stars – but when you are tired, stressed, lonely and irritated, even mega pods of dolphins begin to lose their charm.

Somehow, there needs to be some sense of balance restored to the seafaring life. Shipowners and managers need to take a more holistic view of their crew welfare. Charterers, inspectors, auditors, local authorities, all need to remember the pressures that they each in turn place on the seafarers, and the ship.

The Crewtoo Seafarers Happiness Index results have clearly shown that seafarers are quite literally tired of the status quo. They are exhausted by the demands placed on them, they are drained by the constant pressures that port calls now bring with them.

So what can be done? Well the first step for the industry is to ensure that there is some form of joined up thinking. Every organisation, authority, body, etc. all believe that their work has primacy, that they should be allowed unfettered access to people and ship.

That needs to end – there needs to be some form of “appointments” system. There needs to be a means of the master and the managers ashore to see just how many activities a vessel will be subjected to during any one visit.

Is there major maintenance to be performed? Does the port have security problems? How much time will cargo take? Will there likely be a visit from port State control? Just how much work will the crew be expected to deal with? Until we know, and until there is joined up thinking, then action is very unlikely.

The problem for seafarers is the fact that all too often the worse a shipowner or a ship is, then the greater the work levels for seafarers. A bad ship arriving into port, is a magnet for activity – and so already over worked and stressed crew are placed under intense pressure.

That in turn makes them even less likely to be able to perform well when they get out to sea. Stressed and tired people make mistakes. So the pressure on crews in port, is potentially causing safety issues, environmental concerns and even security fears.

Again there needs to be some mechanism to ensure that vessels are of course checked, and scrutinised – but the process is made less onerous on the crew. One immediate answer would be to increase the crew compliment – an extra pair of hands, well many of them make light work – so having an officer who is dedicated to audits, surveys and administration could really help.

Sadly, the idea of growing the ship crew numbers is unlikely to gain much traction – so there needs to be other ways of addressing the problem.

Another issue for seafarers is the condensed time period of port calls. This becomes an intense period, everything crammed into perhaps 8 hours. Stores arriving, agents to deal with, new crew arriving, maintenance to deal with, vetting inspections, safety and security surveys, audits. Perhaps even visits from head office.

Throw in the small matter of working cargo and making sure the ship is safe – then you can feel the pressure cooker atmosphere beginning to build.

Lots of activity over a long period would be fine, but the modern shipping industry has ramped up everything. Perhaps ramped it up to breaking point. So many things to do, and literally so little time to do them in.

No wonder that crews want port calls to be made less daunting. It doesn’t seem too much to ask for, some thought and consideration to be made for those onboard. There has to be some action to ease the burden, to provide some relief for the overworked and some release for the stressed, lonely, isolated and tired…but what can be done?

HOW TO EASE THE BURDEN

Perhaps we need to start with the more simple fixes. For instance, with the vessels on regular calls, into ports where their companies have strong relationships and ties. Well for these it is relatively easy. They can use shore staff to take up some of the slack – and perhaps that is the way forward.

Shore staff need to take up some of the slack

The future of “unmanned ships” isn’t necessarily one of zero humans – it will mean using people ashore, and when ships come in, then they will be subject to fevered activity. So perhaps we can get ahead of the curve, and get those ashore to do more now.

The shipboard team needs to be treated better – and more intelligently. In a kind of American football sense, they are a “special team”. They bring the ship and cargo, and then they need to have their reward for doing so – a little downtime, a little luxury, some culture, something to enjoy.

Until there is a view taken of the real negative effect of ramped-up port activities, then no answers will be forthcoming. But the lessons are there, the calls for change are being made, and the shipping industry would be well served by looking at what can be done and how.

Do you dread port calls today? Have you experienced heightened work load levels when you arrive alongside? What can be done about it? Let us know what you think…