The Constant Problem of Pirates 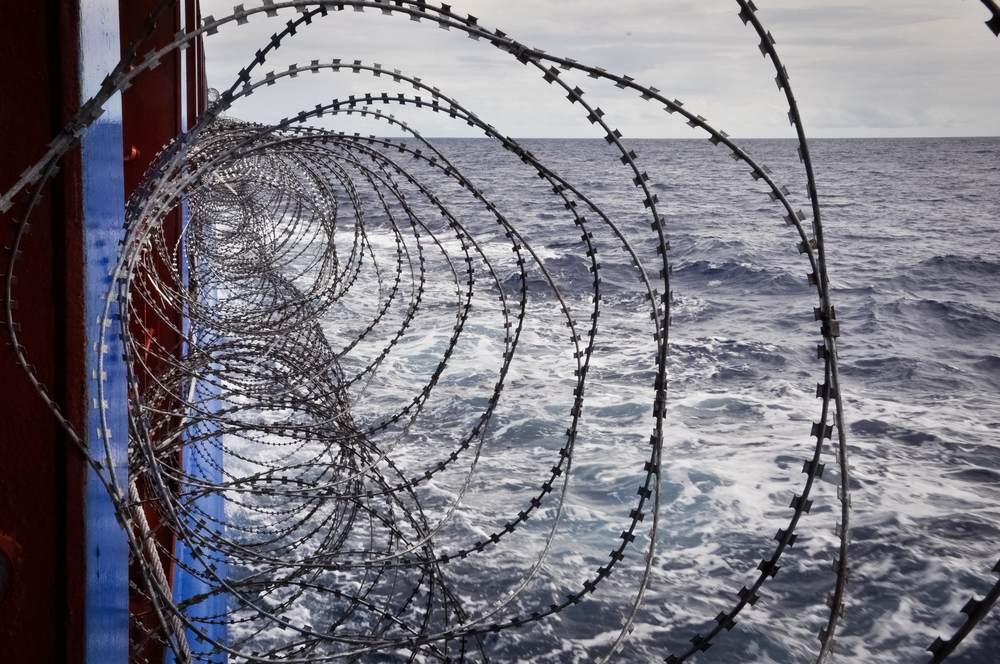 The security situation in the Persian Gulf, particularly through the Strait of Hormuz is hogging all the headlines lately. Which can mean that piracy gets forgotten or side-lined in the maritime security debate. So, just what is happening with the men in masks carrying AK47s?

According to the latest report from the leading global authority on piracy, the International Maritime Bureau (IMB), the seas around West Africa remain the world’s most dangerous for pirate activity.

The IMB states that of the 75 seafarers taken hostage onboard or kidnapped for ransom worldwide so far this year, 62 were captured in the Gulf of Guinea – off the coasts of Nigeria, Guinea, Togo, Benin, and Cameroon.

While worldwide, the IMB Piracy Reporting Centre (IMB PRC) recorded 78 incidents of piracy and armed robbery against ships in the first half of 2019, compared with 107 incidents for the same period of 2018. Overall, 57 vessels were boarded successfully, representing 73% of all attacks.

Tragically, one seafarer was killed in recent piracy attacks. While pirates also took 38 crewmembers hostage and kidnapped a further 37 to be held for ransom. So, while the numbers are better than they have been, progress is needed to safeguard crews.

“The IMB report reveals 73% of all kidnappings at sea, and 92% of hostage-takings, took place in the Gulf of Guinea. “

The IMB report reveals 73% of all kidnappings at sea, and 92% of hostage-takings, took place in the Gulf of Guinea. Armed pirates in these high-risk waters kidnapped 27 crewmembers in the first half of 2019, and 25 in the same period in 2018.

Two chemical tankers were hijacked, as well as a tug that was then used in another attack. Of the nine vessels fired upon worldwide, eight were off the coast of Nigeria, Africa’s top oil producer.

These attacks took place on average 65 nautical miles off the coast – meaning they are classified as acts of piracy, as they are in international waters. This does also mean that, in theory, they are more easily countered by the naval forces of different nations. While some vessels will no doubt turn to armed guards when clear of the territorial waters of littoral States.

Though, there is not the same naval presence or impetus in the Gulf of Guinea region which has been seen in other piracy hotspots. Such as the naval efforts which were sent when Somali piracy exploded in 2009.

The number of attacks, and certainly the tragic death of an innocent seafarer, make it look like there is still a massive problem, and piracy is. However, the IMB sees some encouraging signs of improvement.

The IMB PRC reports “a welcome and marked decrease” in attacks in the Gulf of Guinea for the second quarter of 2019, commending the Nigerian navy for actively responding to reported incidents by dispatching patrol boats.

So, the reported attacks may show some small signs of progress. Though, there are of course many which are likely to go unreported. While recognising that many attacks go unreported, for the record, however, IMB recorded 21 incidents around Nigeria so far in 2019, down from 31 in the same period of 2018.

Despite the recent fall in Gulf of Guinea attacks, IMB is urging seafarers in the region to remain vigilant and report all suspicious activity to regional response centres and the IMB PRC. “Early detection of an approaching suspicious craft is key to prevent boarding and give time to raise the alarm and retreat into a citadel, if needed,” said an IMB spokesperson.

South and Central America are seeing a resurgence in maritime crime and violence at sea. A vessel was fired upon in the Guayas River after departing from Guayaquil, Ecuador’s second largest city this past reporting period. Worryingly, this was the first time an incident involving the firing of weapons has been reported to the IMB PRC in Ecuador.

Elsewhere in South America, incidents of violent armed theft against ships at anchor have been reported in Callao in Peru, Jose Terminal in Venezuela and Macapa in Brazil. On 2 May 2019, when armed robbers boarded a yacht in San Ignacio de Tupile, Panama, shooting and killing a family member and injuring another, the IMB PRC liaised with the victims and authorities. The surviving family members including two children were rescued by Panamanian Marine Police.

Asia has long been a piracy problem area, so it is no surprise to hear that in Malaysia, ten crew were kidnapped from two fishing boats off eastern Sabah in June. Of these, nine crew are now reported to have been released. It does show that there are other areas to be concerned about.

While in the same region, off Indonesia, ongoing information-sharing cooperation between the Indonesian Marine Police and the IMB PRC continues to show positive results. The 11 incidents reported in Indonesian waters remains the lowest Q2 figure since 2009 when three incidents were reported.

The problems off West Africa have meant recently prompted a high-level meeting on piracy and armed robbery in the Gulf of Guinea. The continued attacks have shone the spotlight on the need for urgent action to ensure the safety and security of seafarers transiting the region.

The symposium, held at the International Maritime Organization (IMO) head office in London, was attended by the shipping community, Flag States, seafarer groups and maritime agencies, including the IMB. According to reports, discussions were animated, as the delegates sought to identify actions that will reduce the risks posed to seafarers and shipping, and to make crew kidnappings “history”.

A joint statement was released after the meeting. Dr. Grahaeme Henderson, Chair of the UK Shipping Defence Advisory Committee and Vice President of Shell Shipping & Maritime, said the high level of piracy and armed robbery attacks in the Gulf of Guinea was not acceptable. “Yet it is happening every day, and this is not business as usual. We need to take urgent action now,” he urged.

While Dr. Dakuku Peterside, Director General and CEO of the Nigerian Maritime Authority and Safety Agency (NIMASA) acknowledged the maritime security risks present in the Gulf of Guinea. Though he claimed new initiatives are underway to improve the joint capacity of Nigerian law enforcement and Navy capabilities. Time will tell.

What do you think about the problems of piracy off West Africa, and around the world? Do you feel enough is being done to protect seafarers and to end the problem of attacks? We would love to hear what you think.