Social Media Guide For Seafarers: Sail And Share It Right 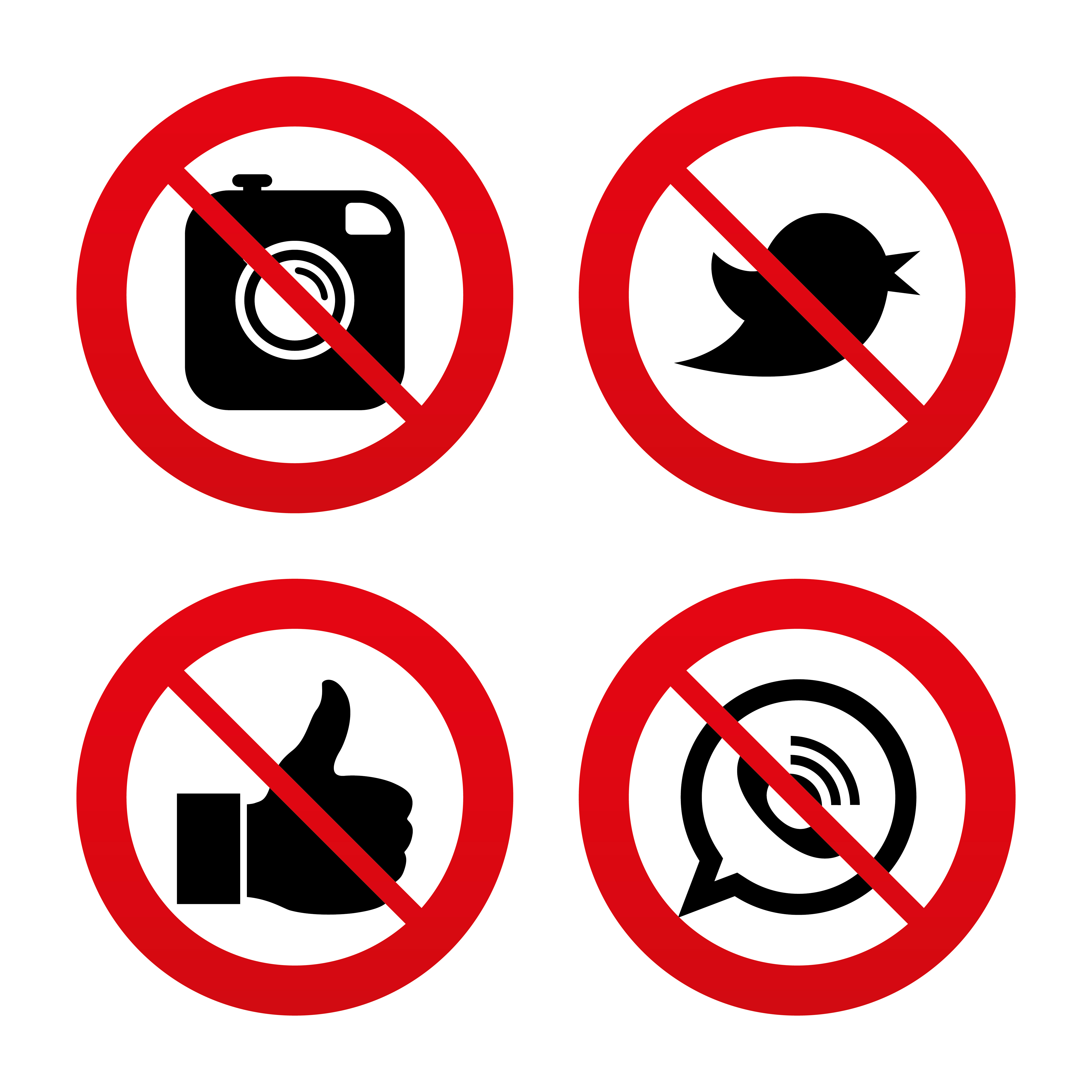 In the old days people did silly things…very silly things indeed. Drinking, partying, all manner of shenanigans – but because photos took an age to develop, because letters can only be sent to one person at a time, all these exploits often went unnoticed and forgotten. Now though, with social media it is all very, very different. So what does it mean for those at sea and do they need a social media guide?

NO SECRETS IN SOCIAL MEDIA

There was a time when seafarers were probably the biggest animals of the ocean – forget the Blue Whale, most crews partied hard. Drinks, debauchery and all manner of horse play abounded. But no-one, apart from the locals in bars and the “senoritas de la noche” really knew or cared.

The sea and ports were a little like Vegas – what went on along the Dock Road, stayed there. Which was fine by everyone. The office ashore didn’t have to worry too much as they were in the dark, and the master could hush-hush anything if it went wrong.

These were the gentle, quaint days before liability and accountability changed from being sensible concepts to witch hunts. Now though, things are different. Very different. Whatever happens can be spread – going viral used to mean seafarers having to visit the doctor – now it means having embarrassing, and potentially damaging images or posts visible and spread far and wide. 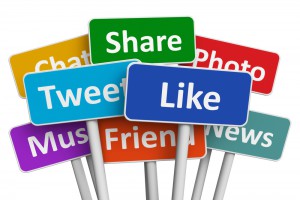 Seafarers today are under scrutiny like never before – the records from vessels are scrutinised, all correspondence is retained and despite a “no blame culture” records build to show just who did what and when…if things go wrong, the official paperwork can be damning – but any social media posts can be career suicide.

What do you think? Should companies be better at guiding their seafarers online? Have you had experiences of social media and ships not mixing well?

Social media and shipping have not been particularly great bed fellows – the democratisation of news and views, the sharing of data – and the transparency that these have brought have run pretty much against every grain within most shipping companies.

Shipowners have used open registries to purposely conceal information – the corporate veil exists to obscure and conceal ownership and to ensure a long tail between accidents and liabilities.

This has begun, very slowly, to change. Maersk has acted as a beacon of what is possible when companies open themselves up, and proudly boast and share news of what they do and how. Their social media campaigns and efforts have been incredibly successful – and have changed the perception of the company within the global populace. No mean feat!

For every visionary company, such as Maersk, there are others who are struggling to see what social media can mean for them. Unless it directly translates to higher freight rates or more charters, then they do not see the gains. To them social media is a threat – the idea of their vessel whereabouts being known, and their seafarers’ voices heard is not something which sits easily.

SOCIAL MEDIA VOICES  OF THE OCEAN 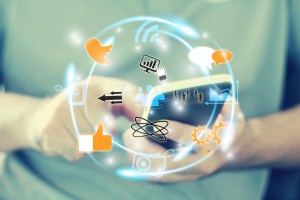 The World Is More Connected Than Ever

For most shipping companies, then, the social media revolution has been seen as a negative. They have demands to get crews connected, and when they are – then there are fears that what is said or shown online will cause more trouble than it is worth.

Now, this is both a fair but also a moot point. People are now connected like never before. The growth in places such as India and the Philippines is nothing short of staggering. A recent article by KVH Industries stated that India will have 500 million internet users by 2017. While the Philippines has the fastest growing internet population in the world, experiencing 531% growth in the last five years.

So the leading maritime manpower nations are also the same countries which are embracing the internet, and with it social media at an almost insatiable rate. This means that seafarers will reflect that – the more of their family and friends which are online, then the more they will want and need to be connected too.

Which means that there is a potential threat of sensitive material making its way online. Whether drinking on dry ships, acting like silly beggars on the Bridge or coming over all Dirty Harry with the armed guard’s weapons. Pictures and videos can reveal an awful lot of what would be better not in the public domain.

WHAT CAN YOU DO?

There is an old saying that bad news travels 9 times faster than good…which is probably about right. People like a bad news story – apparently it relates to our caveman ancestors listening intently about where sabre tooth tigers were hiding.

Anyway, what that means is that people enjoy the drama and embracing the things which they think they shouldn’t see…and it can be all too easy for seafarers to share things which should have really remained private. 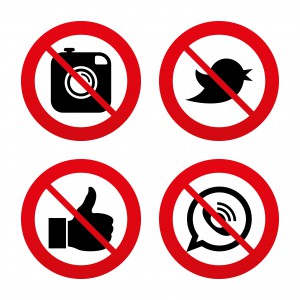 The Answer Is Not To Ban All Social Media

So what is the answer? Ban all seafarers from social media? Well no, that is just ridiculous. What seems to be missing is some useful and helpful debate on the issue and guidelines for companies and seafarers alike.

Crewtoo, Facebook, Twitter, etc. have all been attacked by some maritime PR “experts”, as they see social media as the problem. They seemingly find it easier to talk up the see the problem in not helping their clients to better manage the situation, instead of scaring them. Simply scaremongering and name calling will not help anyone. We need to provide people with guidance, insight and the means to make better decisions.

SOCIAL MEDIA GUIDE FOR YOU

There has to be some assumptions and acceptance in order to progress the issue and debate. The fact is that increased internet access and connectivity allow seafarers to communicate freely online, uploading posts and content to a range of social media sites. 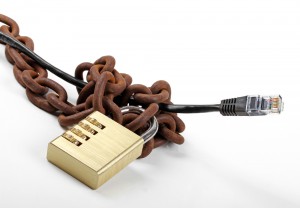 Prohibiting The Internet Is Not A Long Term Answer

It is also a fact that connectivity helps with maintaining motivated, engaged and satisfied crew. So ignoring the issue or prohibiting internet access is not a long-term, sustainable answer. It is important then to ensure that where online access is provided, that it comes with the right safeguards to ensure social interaction is balanced. Anything which happens onboard can be seen or heard ashore, this has to be managed effectively, but also handled sensitively.

Policies and education are key, not blanket bans and kneejerk reactions. Seafarers need to be made aware of:

1. The potential implications of their actions

2. The sanctions for any wrong doing

3. What the actions are which would prompt a negative response

A Code of Conduct has been suggested by the Nautical Institute, and it does seem that this is an excellent starting point. Very few seafarers would set out to knowingly cause problems, so ensuring people are aware of the potential issues can be hugely beneficial.

Examples of some key “Do’s and Don’ts” to be considered within any shipping company policy or guideline:

1. Know the company’s guidance and principles

4. Stop and think before posting

6. Remember whatever you say cannot be unsaid – think screenshots!

7. Use common sense and courtesy

8. Be respectful of other cultures, religions and values

10. Monitor responses to your post, and ensure they are true, legal and respectful

1. Act daft, naïve or without thinking

2. Be aggressive or unnecessarily vulgar

8. Risk your job or those of your colleagues

9. Ruin your reputation or that of your company or colleagues

So…just by thinking about the issue and talking, it should be relatively easy to head off any real problems.