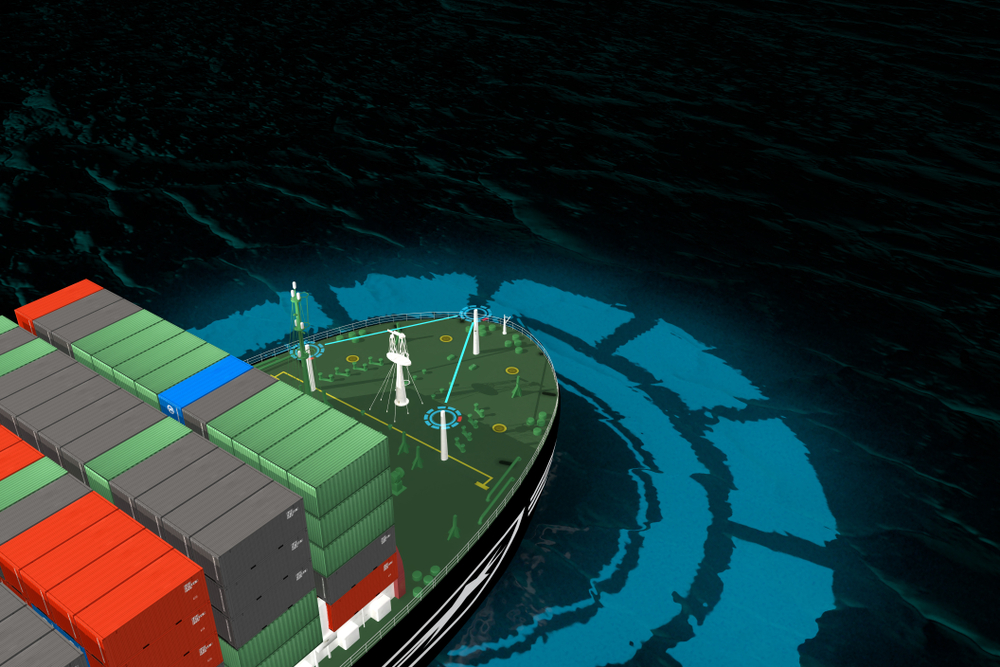 Autonomous shipping will change shipping, seafaring, and heck the whole entire world. Well, that is the theory, so let’s catch up with what is happening so far in this brave new technological world.

With autonomous vessels not far over the horizon, it is time to think about the wider consequences, not just for global trade and businesses, but for people too. More specifically what the impact will be for crews.

Seafaring is jokingly called the second oldest career in the world. Don’t ask who came before the crew! But is an entire profession potentially now under threat? Or are the risks to seafaring overstated?

There are some who think that autonomous vessels won’t become reality. While it is tempting to think that, the fact that Japan’s NYK has just completed a trial on the world’s first autonomous ship, kind of suggests that such technology is literally and metaphorically going full steam ahead.

The 70,826-tonne pure car truck carriers (PCTC) Iris Leader sailed from China to Japan using the Sherpa System for Real ship (SSR) navigation system. The Maritime Autonomous Surface Ship (MASS) trial was performed from 14-17 September 2019 from China’s Xinsha to Japan’s Nagoya, and then from Nagoya to Yokohama a couple of days later.

According to NYK, during the trial, the SSR’s performance was monitored as it collected information on environmental conditions around the ship from existing navigational devices, calculated collision risk, automatically determined optimal routes and speeds that were safe and economical, and then automatically navigated the ship. All in actual sea conditions.

It was claimed, as you might expect, that this trial was a big step toward realizing NYK’s goal of manned autonomous ships. Which in turn pushes the entire industry forward.

Though, even a success like the Iris Leader should not blind us to the real challenges ahead. There is a complex operating environment, and this will likely hamper the widescale development of autonomous shipping, and certainly the acceptance of it.

First of many autonomous voyagers?

While this maritime technology brings with it great opportunities to enhance the safety and efficiency of trade, there were also some inevitable and natural concerns. So, the technology clearly exists, but what are the wider consequences of this voyage toward unmanned ships?

A recent survey by IMarEST noted that only 20% believed, “the technology providers know exactly what our industry needs when it comes to autonomous vessels”. That is a very telling result from those who know a lot about the control of vessels.

It hints at problems of marrying the very complex needs of an industry with the occasional temptation towards the arrogance of technologists. The maritime environment is not a place where “we know best” works very well. The sea has a habit of making fools of the complacent.

Not only will the sea, wind and weather have to be conquered, there is also the small matter of other sea users. Indeed, it is likely that for many years unmanned vessels will have to operate in the same space as ones crewed by humans. This will perhaps be the hardest task of all.

This “hybrid environment” with unmanned ships avoiding manned, and vice versa, is a complex issue which has to be resolved. The cleverest computer at sea may not think like a seafarer, while most OOWs will not think like a computer. Where we have difference of reactions, then there could be problems.

Ultimately, the key challenges will be in balancing the cost of reliability against performance and financial viability through savings. Will pulling the people off ships really mean cheaper, better, faster transportation? Will efficiencies be sufficient, will the reduction of accidents and the improved delivery of cargoes be such that monumental investment is warranted.

Some clearly believe it does. However, it should be remembered that seafarers have done a pretty good job of getting ships where they need to be, and of surmounting all kinds of challenges along the way for thousands of years.

Yes, of course there are accidents occasionally, but is it really going to be the case that technology will become infallible? Given the travails of autonomous road vehicles, it seems there are still yet some ghosts in the machine. Tesla cars have experience fatal flaws, and we are clearly not yet at KITT and Michael Knight levels, more’s the pity.

So is the journey to automation guaranteed, and will it really mean no more crews on ships? If so, then when the rain is lashing and waves surging, in baking heat or barren cold, can we be sure that autonomous ships won’t have the same kinds of foibles and frailties?

THE PROS AND THE CONS

The debate on automated ships sees both pros and cons – so what are these? Well they fall into two camps when it comes to the positives, as there are financial and also operational benefits anticipated.

Operators believe that there will be able to cut costs, to trim expenses, and to earn more.

Cutting Manning Costs: The biggest part of vessels’ operating cost is the crew wages along with all the living expenses for the crew (i.e. stores, provisions etc). Getting rid of the crew could mean an annual saving of approximately $1.5 million only from crew expenses. Though this will of course be offset if more people are needed ashore.

Earning More: The revenue of Cargo ships depends on the quantity of cargo they can load. No crew means more cargo spaces and thus carrying ability, so the vessel’s profitability can be boosted. In theory.

Lower voyage expenses: According to Rolls-Royce research, autonomous vessels will be up to 5% lighter and therefore they will use about 15% fewer fuels which subsequently will also lower the vessel’s voyage expenses.

No More Human Error: Figures vary, but human factors are seen to account for around 75% of maritime accidents. The theory runs, therefore, that getting rid of the crew means you reduce the likelihood of accidents.

On the problem side of the equation, well – aside from perhaps being critical about the above savings and reduction of accidents, there are a few more issues to settle.

Regulatory framework: The International Maritime Organization (IMO) is working hard on new, autonomous ship legislation. However, this is proving problematic. Everything in the past was about ships with people onboard, so to tear that up and start again is a major challenge. The issue of seaworthy and of a vessel’s safety, security, management and environmental footprint need to be rethought and repackaged with new rules. This is no easy task.

Safety in navigation and liability: When it comes to ghosts, we know to call the Ghostbusters. When it comes to maritime accidents, we blame seafarers. With them out of the picture all of a sudden the ease of pointing the finger and of apportioning liability changes. This may seem a minor point, but for ships this is absolutely pivotal.

Insurance is fundamental to shipping, and a vessel at sea faces many risks, will autonomous ships simply be too risky? Or conversely, will they be so safe that people will not make money from underwriting the risks? Which could be another problem. Without a market to mitigate and spread risk, then it could become impossible for shipowners to operate. It is simply not known what will happen.

Cyber Security: The issue of protecting autonomous ship controls, sensors and GPS is a serious one. Hackers have proven they can access systems, and jammers find it all too easy to block satellite signals. An autonomous vessel without such inputs would be an incredibly dangerous thing to contemplate.

What do you think? Will seafarers be a thing of the past, or are there a few more throws of the dice before we see an autonomous fleet? Share your thoughts with us, we’d love to know what you think.