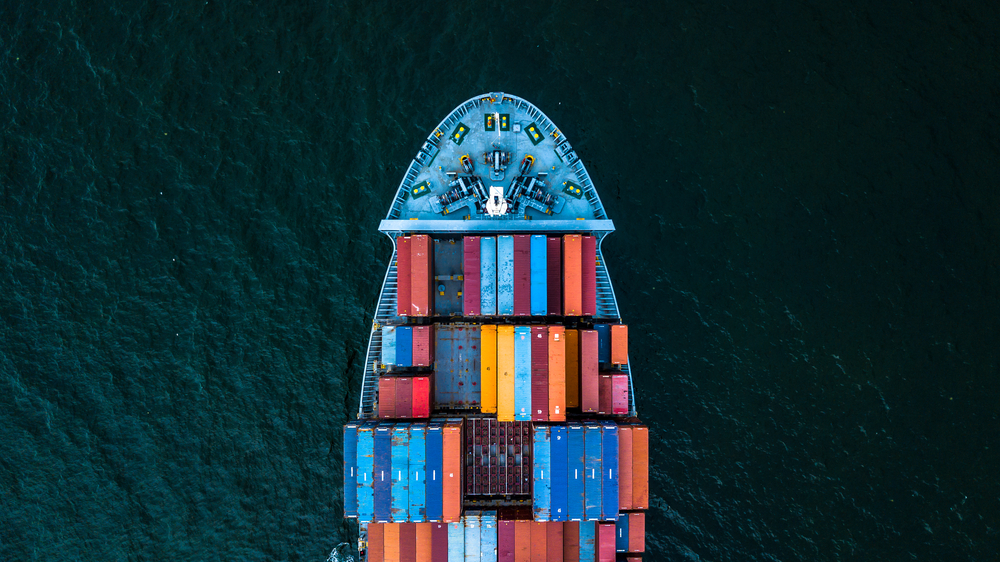 Here at Crewtoo we are all about seafarers. We spend our time looking at the issues which affect them, their lives at sea and issues such as maritime training and development. In this series we have decided to look beyond what the people at sea do and look at why. So, join us in piecing together the jigsaw of international commercial shipping.

Type the word “Shipping” into Google and you may be surprised by the results. The world doesn’t seem to think of the maritime industry at all – in fact ships barely even feature in the first search results.

Shipping today, according to Google is about teenagers in love…the term “shipping” is used as shorthand for being in a relationship. So, when young people are talking about shipping, you could be in for a surprise!

Working down the results, the next set of results are all about mail. Buying something from Amazon or eBay, then you will need it “shipping”. So, that is where the focus is – the world sees shipping as just a term for mailing.

Out of the first 10 hits on Google – there is actually no mention of ships, the sea, or of seafaring. It seems shipping is a term which has been hijacked and taken from the maritime industry. The wider world does not see things as we in the shipping industry perceive them.

So, what do we in the maritime industry mean when we think of shipping? Well firstly, it is so much more than the public seems to perceive, appreciate or understand.

It is a truly global and enormous industry. About 90% of world trade is carried by the international shipping industry. Without shipping, the import/export of affordable food and goods would not be possible. Perhaps the best quote to sum the importance of shipping is this, “half the world would starve, and the other half would freeze” without seafarers, ships and the industry which makes it all work!

It is obviously about moving cargoes and facilitating trade. That ignores the actual human impact of shipping, and the fact that is an incredibly powerful force which allows society to feed, cloth, heat, cool and employ people.

The world as we know it would not exist or be possible without shipping carrying everything society needs – goods, solids, liquids and gases…people too. It is not just about the carriage of goods. It is also increasingly about doing work out at sea – from installing and maintaining windfarms, through to exploring, drilling for and pumping oil, and connecting the world with cables – ships make the impossible and everyday reality.

1) According to the International Chamber of Shipping, there are more than 50,000 merchant ships – bulk carriers, tankers, and container ships.

2) There are around 1.6 million seafarers operating them.

3) The amount of cargo shifted has trebled since 1970…and is set for similar growth in the next 30 years.

4) Shipping goods costs a fraction of their value – the cost of the transport of a $700 TV set from China to the US is probably less than $10…it almost becomes an inconsequential cost.

6) Supertankers or Very/Ultra Large Crude Carriers carry oil – and the biggest run into millions of barrels each trip.

7) More than 17,000 feet below the ocean’s surface, there now lies the “most technologically advanced subsea cable,” providing up to 160 terabits (Tbps) of data per second. The cable is operated by Microsoft and Facebook and runs 6,600 kilometres (~4,000 miles) between Virginia Beach in the USA and Bilbao, Spain.

8) Pioneering Spirit is the world’s largest construction vessel, designed for the single-lift installation and removal of large oil and gas platforms and the installation of record-weight pipelines. Designed by Swiss-based Allseas Group, the 382 m long, 124 m wide vessel was built in South Korea by Daewoo Shipbuilding & Marine Engineering (2011–14) at a cost of €2.6 billion and commenced offshore operations in August 2016.

10) At capacity, the ship can host about 6,680 guests — plus 2,200-some crew members for a total of nearly 9,000 people. It is also home to the tallest waterslide at sea, the ocean’s fastest Internet and more works of art than the Louvre has paintings.

WHAT THAT TELLS US

Ok, so a list of random facts may be interesting – but what does it really tell us? Well, surprisingly quite a lot. There are probably fewer vessels and less seafarers than most people would perhaps expect. Do an experiment, ask your friends…there answers will likely be higher.

The demand for ships is growing and growing fast. The world’s insatiable demands mean that shipping is having to expand and evolve all the time to keep pace. This is because, as you can see above, the price per unit of sending something across the ocean is astonishingly cost effective.

Shipping is popular because it is cheap and effective. It gets the job done, and every day the world is criss-crossed by seafarers on the thousands of ships. The giant container ships, tankers and cruise ships. Doing amazing things out at sea building, constructing and laying cables.

There are the smaller ships too – all working together, and the shipping industry shapes the world as we know it, and how we want it to be. It is the conveyor belt of globalisation and a means of accessing wealth in, on and under the oceans.

What does shipping mean to you? Are you a seafarer who is proud to work at sea? Or a business which relies on shipping, or a member of the public who is starting to realise just how important ships are? We look forward to hearing from you with your views on shipping.