Let’s Get More Women in Maritime 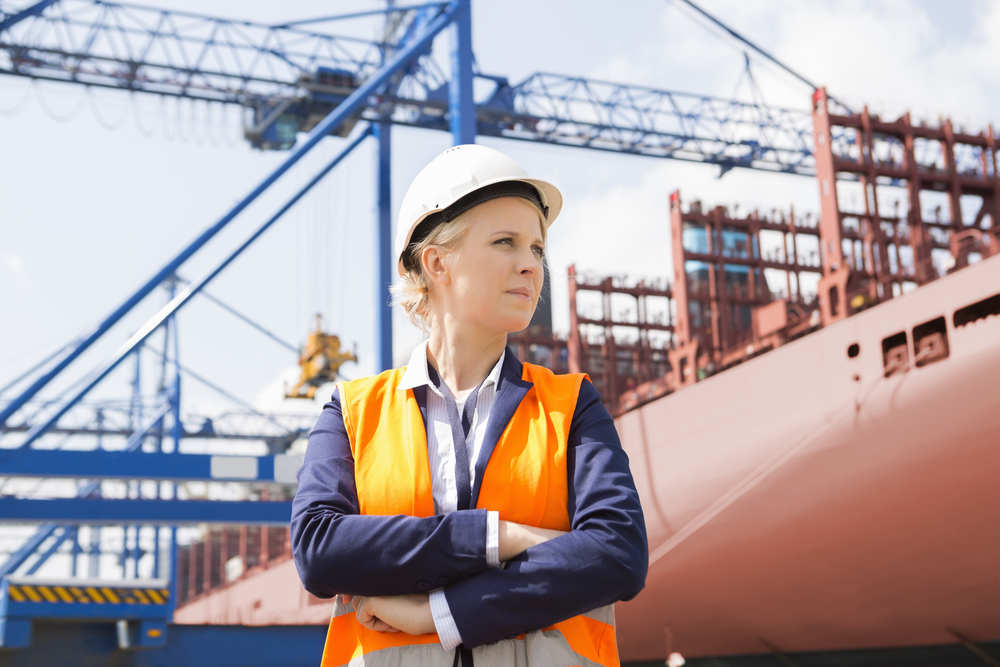 Put very simply, there are too few women working in the maritime industry. It is time that changed, and a number of new initiatives are looking to attract women into the amazing roles that exist at sea and ashore.

According to the International Maritime Organization (IMO), there is ample evidence that investing in women can have a hugely positive effect. Indeed, it is the most effective way to lift communities, companies, and even countries.

Yes indeed, the evidence is clear: equality for women means progress for all. Which brings us neatly to the issue of women in maritime. If companies do better, if communities are lifted, then it follows that more women in our industry could have a massive and positive impact.

“Women represent only two percent of the world’s 1.2 million seafarers…”

Today, the IMO states that women represent only two percent of the world’s 1.2 million seafarers, and 94 percent of female seafarers are working in the cruise industry. That is a staggeringly low figure, and one that needs changing.

As the theme of the upcoming World Maritime Day is equality and “Empowering Women in the Maritime Community”, then it seems we are at a tipping point. There is also the Women in Maritime project in the UK, and this too is looking to recruit and retain females into the maritime domain.

Shipping and the maritime industry have obviously been historically male dominated, which means that it has always been hard for women to break in, or indeed for the industry to promote itself to them and appear attractive.

Now, however, within the framework of maritime development, and through its Women in Maritime programme, under the slogan: “Training-Visibility-Recognition”, IMO has taken a strategic approach towards enhancing the contribution of women as key maritime stakeholders. IMO continues to support the participation of women in both shore-based and sea-going posts.

Amongst a raft of targets, the SDGs relating to equality call for an end to all forms of discrimination against all women and girls everywhere, the elimination of violence and harmful practices, while seeking to ensure women’s full and effective participation and equal opportunities for leadership at all levels of decision-making in political, economic and public life.

Opportunity to highlight the role of women in maritime.

The goals also seek to ensure universal access to health and reproductive rights, as well as economic resources, ownership and control over land. The use of enabling technology, in particular information and communications technology, to promote the empowerment of women will be vitally important in reaching these goals.

Ultimately the UN will seek to adopt and strengthen sound policies and enforceable legislation for the promotion of gender equality and the empowerment of all women and girls at all levels. So maritime has lots of challenges ahead.

There are many benefits to embracing women into the maritime industry, whether onboard ships or as executives and leaders ashore. Not least is the moral imperative, but there are many other benefits too. These include:

Equality and diversity add new skills to teams: Women can bring new experiences, talent, perspectives and skills into the workplace.

Diversity in the workplace promotes innovation: In tough market conditions it is the companies which innovate which stay ahead. Having a diverse set of skills means better decision, and it can mean different ones. This is how innovation takes root, and this can bring many benefits.

Valuing diversity improves your brand reputation: Shipping can no longer think it can hide from the impressions of clients and the public alike. The protests over emissions has shown that society cares what shipping does. This applies to the women in maritime debate, and more inclusive companies are better perceived.

Get on board with women in maritime.

Diversity management opens up new talent: Shipping needs to have a conveyor belt of excellent people coming through the door. In shunning half the population, then that means the talent pool is diminished. So, it is time to get women in and to let them shine.

No women is no option: Increasingly there is pressure to have women represented. The fact that events which have all male panels are being shunned shows that it is no longer acceptable or right to overlook women.

More Women lead to more women: Once the doors are open to female employees, then suddenly companies and roles begin to look ever more appealing. Images of women in boiler suits and hardhats send out a powerful message about the benefits of careers at sea, and this can be a major boost to recruitment.

Strengthen Communication: One of the biggest differences between men and women is revealed through the ways in which we communicate. Strong communication skills among your employees is essential to maintaining success. Research show that women are more culturally influenced to work as peacemakers and try to solve an issue internally first. Having alternative routes to communication and conflict resolution are essential.

Do the right thing: It seems ridiculous to have so few women in maritime. Our industry is a wonderful one, and whether following a career path at sea or ashore, then there are rewards to be gained. Companies should be looking to recruit more women not because of some campaigns or other, but because equality and diversity are the right things for businesses to pursue and deliver on.

You can find out more about the IMO initiative and World Maritime Day at http://www.imo.org/en/OurWork/TechnicalCooperation/Pages/WomenInMaritime.aspx or take a look for inspiration at the great Women in Maritime project in the UK https://www.maritimeuk.org/programmes/women-maritime/