Anti-Piracy Techniques for Shipping; From Bulletproof Vests to Barbed Wire 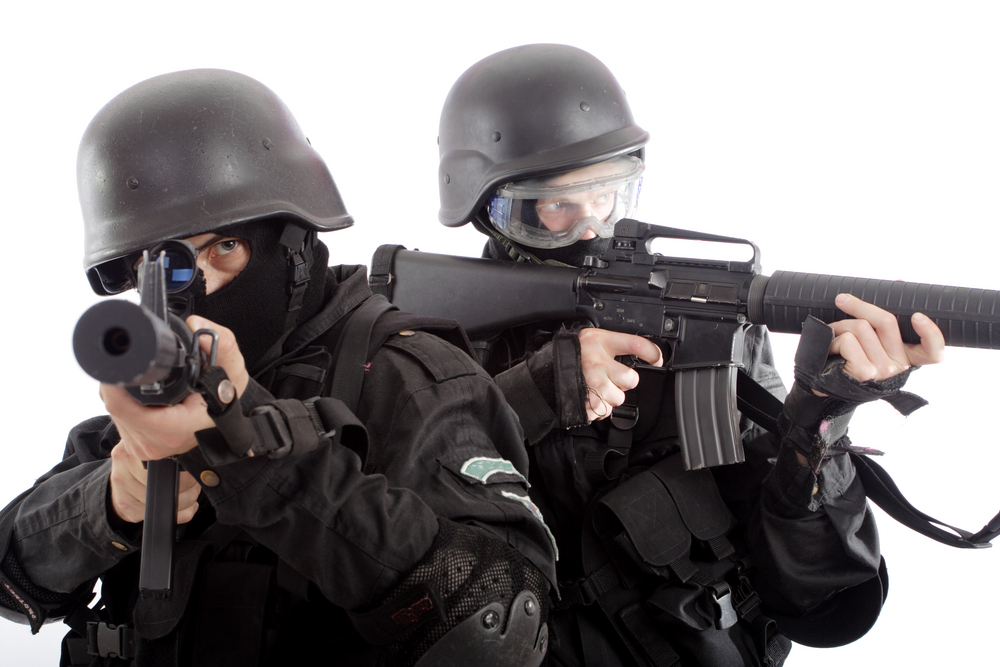 In 2012, Somali based piracy was responsible for an estimated $6bn cost to the international shipping community. 80% of the world’s trade is conducted via international shipping, making piracy a major worldwide problem. This is why companies and crews alike look for effective methods of stopping piracy, using everything from sonic weaponry to fire hoses. Here are just some of the anti-piracy techniques available to seamen: 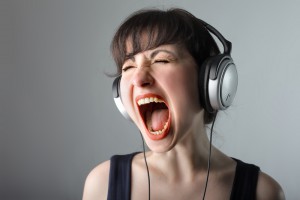 High-power sound waves can disrupt or destroy the eardrums of a target and cause extreme pain and disorientation.

Pirates are increasingly well-armed according to recent statistics, and the first stage of combating a pirate attack is long-range engagement. There are non-lethal methods available that have already proven effective in stopping pirates. For example, the Long-Range Acoustic Device (LRAD) produces focused sound above the human threshold to incapacitate potential attackers. While it sounds fantastical, it has already been used to protect ships from pirates. Other less costly methods however include weapons that fire rubber bullets, and even explosive devices that fire pellets that, while non-lethal, can still incapacitate attackers. 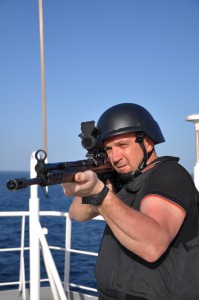 In order for a vessel to have armed guards dozens of international regulations must be met, which is hard to achieve often.

Of course, a more secure method of preventing piracy is in using armed guards. This is a much more expensive solution, but the mere presence of armed security personnel can be enough to deter pirates. If it does not, their training and firepower will help protect the vessel. If piracy does descend into shooting, protection will be necessary for any guards and even crew members who may be involved. Fortunately, bullet resistant vests are readily available in lightweight, comfortable and discreet options.

Long-range deterrence is a key part of preventing piracy; the ultimate aim of pirates is to board the vessel, and if this is not achieved in 30-45 minutes, the pirates typically abandon the attack. Of course, if boarding is attempted, close range defence will be needed.

These are a simple yet effective tool in preventing pirates from boarding a vessel. Water hoses, even at low pressures, can be enough to distract, disorient and deter pirates who may be trying to board, and can make surfaces slippery, further hindering boarding.

“Some vessels have taken the above idea further, and use thick, slippery foam that coats the outside of the ship to stop pirates from gaining purchase and boarding, even if they use ladders or hooks.”

Barbed wire to prevent pirates from getting on board 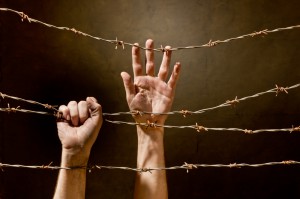 Fencing consisting of flat and thin wire was proposed in 1860 by Frenchman, Eugene Grassin-Baledans. Its purpose was to create a painful obstacle.

Barbed wire is another cheap yet effective tool in preventing boarding, as it almost guarantees that no pirate can board a vessel unaided. Long barriers of barbed wire that jut out from the side of a ship make scaling the sides impossible, even with hooks. Furthermore, the intimidation factor of barbed wire adorning a ship can be enough to deter some pirates. 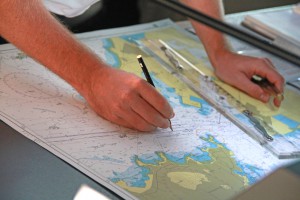 Any change of course may result in lost time and increased financial costs hence, companies are often sceptical of this technique. However, a hijacked ship may result in more expenses.

This is a less tangible technique to help combat piracy, but many official groups advocate complete avoidance of hostile areas. Of course, this is not always possible, and will certainly mean an increased cost in time and money. However, training in evasive manoeuvres for smaller ships may be useful in attacks, and can at the very least lengthen the time needed for pirates to close in and board; the longer an attack takes, the less likely it is that it will be successful.

There are a number of anti-piracy techniques available for seamen, with a range of costs and proven efficiency. The above methods are just a handful, and all can help protect a craft from attack. However, protection should be utilised in as many ways as possible, and body armour is a cheap, lightweight and efficient method of ensuring your own personal protection.