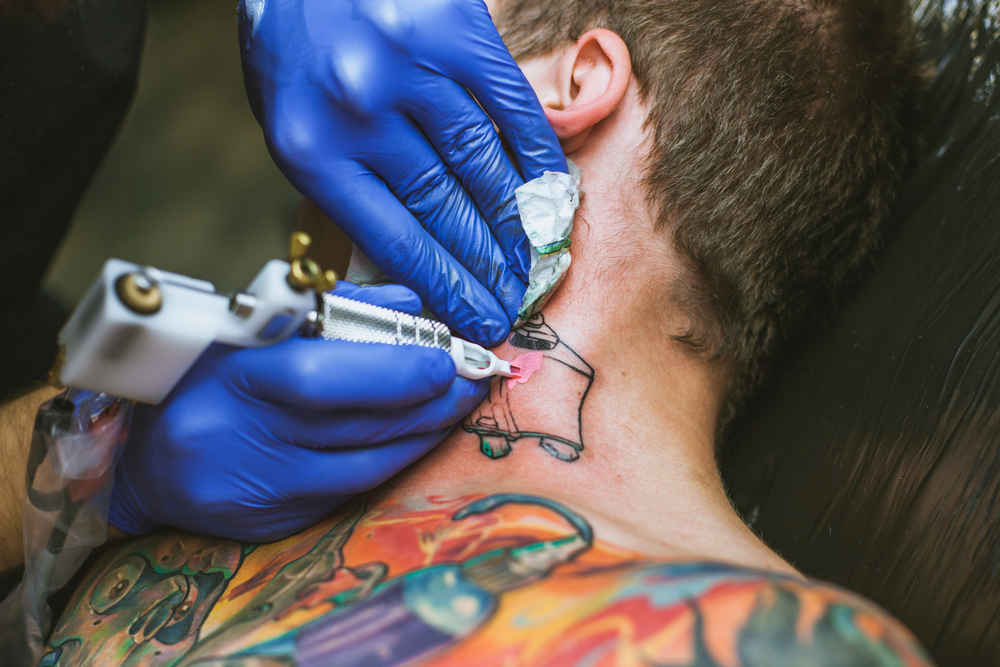 Nothing screams “Hello sailor!” quite like an anchor tattoo.

Popeye has one on each arm, and Sir Winston Churchill sported one on his right bicep. Heck, today even cultural icons such as Kate Moss, Kelly Osbourne and Miley Cyrus all have anchors hidden away. Despite the celebrity hooks, there is some real history behind the ink.

How the tattoo culture started amongst young Americans

Perhaps the fastest growth of tattoos among sailors came in the immediate aftermath of the American Revolution, as Americans sought to ensure they weren’t press ganged or drafted into the Royal Navy. 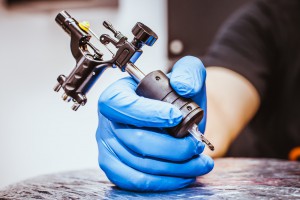 The predecessor to the tattoo machine was the electric pen invented by Thomas Edison in 1876. But in 1891, Samuel O’Reilly discovered that the machine could be modified and used to introduce ink into the skin, and later patented a tube and needle system to provide an ink reservoir.

American sailors used government issued “protection papers” to establish their American citizenship. The problem was the descriptions were so vague as to be almost useless – and the papers were often ignored.

To make sure they could be correctly identified many turned to tattoos. By getting inked, they had something to precisely identify them. As a result, many of the official certificates also carried information about tattoos.

Men marked their arms and hands with initials of themselves and loved ones, significant dates, symbols of the seafaring life, crucifixes, and other symbols”. Sometimes, to protect themselves, the sailors requested not only that the tattoos be described, but that they would also be sketched out on the protection certificate as well.

While having “love” on one knuckle and “hate” on the other may instantly tell you something about someone, historically tattoos were a little harder to decipher, as they were all a part of an elaborate sailors code. 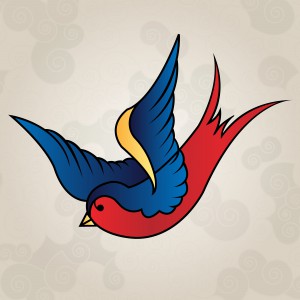 Swallow tattoo has for a long time been a sign of experience and endurance among sailors. Just like CVs today.

A pig tattooed on one foot and a rooster on the other were said to protect a seaman from drowning. Neither animal can swim (though piggies are probably better than you think), and it was thought they would help get the sailor swiftly to shore if he fell into the water. Though upon reflection, perhaps a lifejacket may have been more useful.

Another legend holds that since swallows return to the same location every year to mate and nest, the swallow will guarantee the sailor returns home safely. A sailor would have one swallow tattooed before setting out on a journey, and the second swallow tattooed at the end of their tour of duty, upon return to their home port. It is also said that if the sailor drowns, the swallows will carry their soul to heaven.

Other popular tattoos amongst sailors are also attributed with particular meanings: 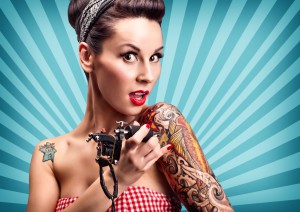 In the early 20th century, tattoos were stigmatized because of their association with raunchy male imagery. Middle-class women who were tattooed knew they would be considered “loose” or seedy if they showed their marks

Today, despite the long tradition, tattoos still cause controversy amongst shipowners.

Just a few short years ago one of Stena’s head honcho’s made some derogatory remarks about British seafarers. Reportedly saying it was difficult to find UK seafarers without fat bellies and who weren’t covered in tattoos. Something which got the Unions unsurprisingly got all fired up over.

It will be interesting to see how this goes as the rest of the world now wears tattoos as the height of fashion – you cannot be a hipster without beard, horn rims and a tattoo.

Get your “tatts” out

If you have a tattoo send us a picture. Email us at vote@crewtoo.com and we’ll publish as many we can.