Does Technology Impact Our Professionalism? 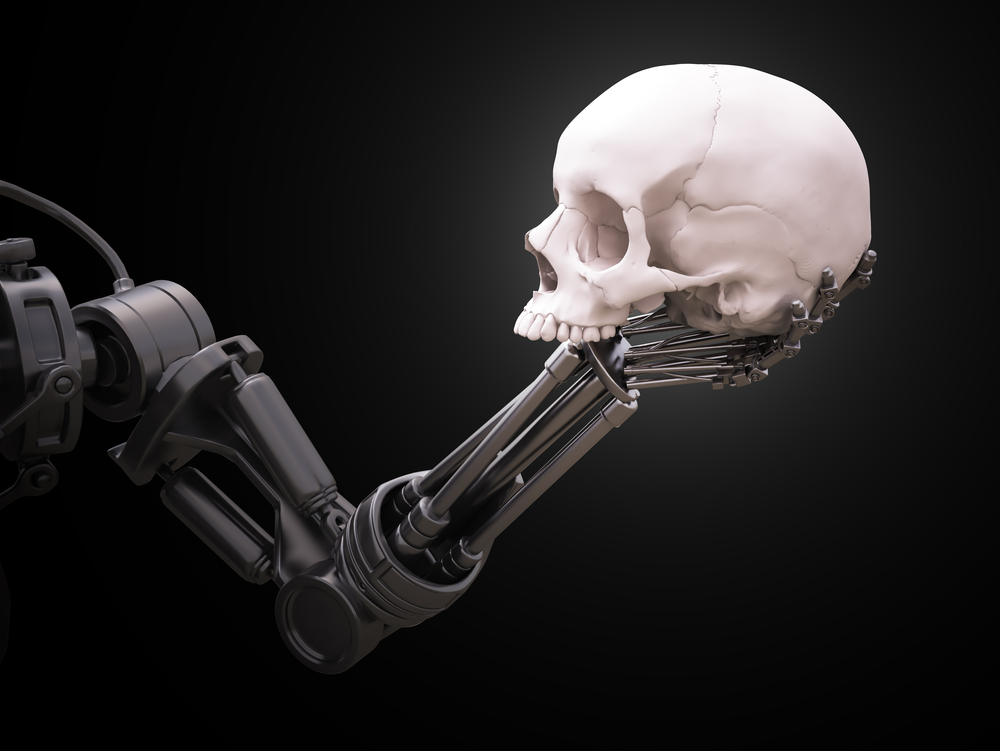 The growth of technology on board ships has made incredible things possible. Leaps forward such as satellite navigation and dynamic positioning have delivered amazing benefits. But at what cost? Has technology diminished the art of seafaring and undermined what it means to be a seafarer?

Is technology taking over our jobs and lives?

Perhaps the first place to look isn’t to the waves but to the skies. The aviation industry is by its very nature a technologically minded venture – so they have been light years ahead in so many aspects of control, monitoring, and safety. However, even on board planes there are growing concerns that automation in the cockpit of commercial airliners has eroded manual piloting skills.

“The impact of “automation dependency,” creating a potentially dangerous scenario, in which pilots are the backup to the automation, is a major concern.”

There is no disputing the advantages of automated systems but as the technology has advanced, automation has made it easy for pilots to become overdependent on the autopilot system, which is not infallible in terms of the risk of providing false information to pilots.

A fully automated cockpit of a passenger airbus. Flight controls and instrument panels vary from model to model, but have the same basic functions.

Concerns run deep in the airline industry that during flight situations that could quickly escalate into emergencies, pilots might rely too heavily on interacting with computerized flight systems instead of looking out of the window and using common sense and their own skills.

It is a situation which seems all too familiar in shipping. Increasingly navigators are beholden to automation, to inputs and the relentless march of technology. But if it is infallible, and if it erodes skills and reaction, can this also begin to denigrate and corrode the very professionalism of what it means to be a seafarer?

Will too much technology make things better or worse?

Interestingly most airline pilots earn their stripes by progressing through aircraft types. They learn to fly small and then grow and go bigger. Even the Captain of an Airbus A380 will likely have first taken to the skies in a small Cessna or Piper Cub. They learn what it is to fly.

Alas in shipping, there is not necessarily that link to seamanship and of the control of small craft. Seafarers do not always have a background in handling small boats, and then building up. They go on the first vessel they are sent to as cadet and hit the sea on big ships. 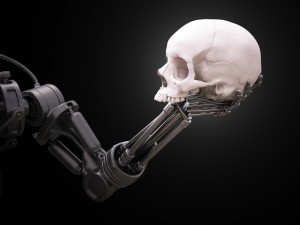 This can mean a distinct disconnect, and this can be heightened by growing trends of automation and of electronic navigation. It has been found that automation can dull the discovery of a problem. A knee-jerk decision to troubleshoot automated readings appears to have contributed to the fatal crash of Air France Flight 447, an Airbus A330 en route to Paris from Rio de Janeiro that went into a high-altitude loss of airspeed and plunged into the Atlantic Ocean, killing all 228 people on board.

The pilots lost control in part because they responded incorrectly to an airspeed indicator failure and misinterpreted the problems that were occurring, the accident investigation determined. A recent crash in Taiwan saw the pilot pull back on the wrong engine. Suddenly when push comes to shove, the pilots who have been sat back while the plane flies itself can be left wanting if something goes wrong.

The introduction of satellite navigation onto the bridges of merchant ships was heralded by some as magnificent progress, a triumph of mankind over geography – while others were a little more cautious.

Prior to Sat Nav and the use of global positioning system (GPS) navigation had been part science, part art. With a noble history and skills passed down through generations of seafarers.

“The first Western civilisation known to have developed marine navigation was the Phoenicians, about 4,000 years ago.Phoenician sailors accomplished navigation by using primitive charts and observations of the sun and stars to determine directions.”

Determining latitude is relatively easy using celestial navigation and seafarers relied on this and their compass to find their way. During the mid-thirteenth century, mariners began keeping detailed records of their voyages. Thus, the first nautical charts were created. These first charts were not very accurate, but were considered valuable and often kept secret from other mariners.

While circa 1730, an English mathematician, John Hadley (1682–1744), and an American inventor, Thomas Godfrey (1704–1749), independently invented the sextant. The sextant provided mariners with a more accurate means of determining the angle between the horizon and the Sun, moon, or stars in order to calculate latitude. Next they needed to know their longitude.

John Harrison and Captain Cook do the impossible

Seafarers were confident in measuring latitude, but for centuries longitude was only estimated, at best. Which meant that positions were only ever really approximations…not really ideal when at sea.

The problem with longitude was that it is a measurement made by comparing the time-of-day difference between the mariner’s starting location and new location. This required more than mathematics, it required accurate time keeping. 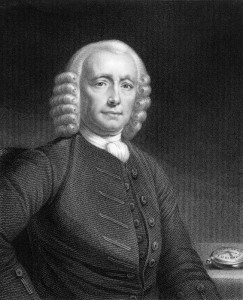 Josh Harrison (1693-1776). The British Parliament announced a reward of up to £20,000 (£2.81 million) under the 1714 Longitude Act for anyone who could find a solution for the precise determination of a ship’s longitude. [Wikipedia]

“Even some of the best clocks of the early eighteenth century could lose as much as 10 minutes per day, which translated into a computational error of 242 kilometres (150 miles) or more…again not really ideal.”

“Even some of the best clocks of the early eighteenth century could lose as much as 10 minutes per day, which translated into a computational error of 242 kilometres (150 miles) or more…again not really ideal.”

Thankfully this was about to change, when in 1764, British clockmaker, John Harrison, invented the seagoing chronometer. This invention was the most important advance to marine navigation, and meant that finally seafarers could accurately measure latitude and longitude. Navigation moved from art, through science to record keeping. 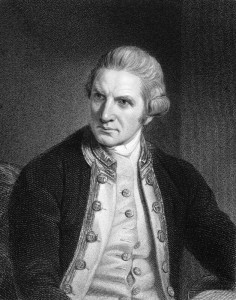 James Cook (1728–1779) mapped lands from New Zealand to Hawaii in the Pacific Ocean in greater detail and on a scale not previously achieved. Cook was killed in Hawaii in a fight with Hawaiians during his third exploratory voyage in the Pacific in 1779.

In 1779, British naval officer and explorer, Captain James Cook, used Harrison’s chronometer to circumnavigate the globe. When he returned, his calculations of longitude based on the chronometer proved correct to within 13 kilometres (8 miles).
From information he gathered on his voyage, Cook completed many detailed charts of the world that completely changed people’s view of the world. Navigation was something to be very, very proud about.

In essence these ways of navigating changed little in centuries – until the Twentieth century brought important advances to marine navigation, with radio beacons for Decca and Loran, radar, the gyroscopic compass, and then GPS.

Suddenly in just a few generations navigators went from having more in common with Columbus, to having systems which would be at home on the space shuttle Columbia. An amazing and rapid change and evolution had happened.

Allied to changes in navigation were engineering systems and sensors which suddenly and utterly changed the relationship between seafarers and the vessel.

“With GPS providing accurate positions, and a slew of sensors measuring what the vessel was experiencing, suddenly the vessel had more information than the people in charge of it.”

A brave new world of ships was born, vessels which could keep themselves on station, or which could follow pre-determined tracks and routes. The role of navigator has slowly become one of data input and monitoring. Many have begun to question whether this was good for professional pride, or whether this is an outdated notion.

Seafarers are not the only professionals to be wrestling with the same questions. Every job which has seen the relentless progression of technology has had to ask the same threats and challenges. Some have dealt with it better than others. 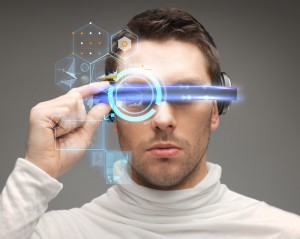 To be a professional seafarer today means having the knowledge and skills of our forebears, but it means having more too – it means being able to harness technology.

As you have read, airline pilots have been wrestling with maintaining skills in the face of increased technology. So too have nurses, architects, designers, writers – all have their technological threats and reality checks to deal with and face.

Most oceangoing vessels keep a sextant on board only in the case of an emergency, and there is much debate in the industry about whether many could really use it properly if the worst did happen. So it is clear that seafaring professionalism must manifest itself differently.

To be a professional seafarer today means having the knowledge and skills of our forebears, but it means having more too – it means being able to harness technology. It means being able to monitor what is happening – but not passively, it is about being one step ahead of the machines. To feel what is happening, to sense change and to be able to respond swiftly to head off problems, not waiting for accidents to happen. That is what maritime professionalism is all about.