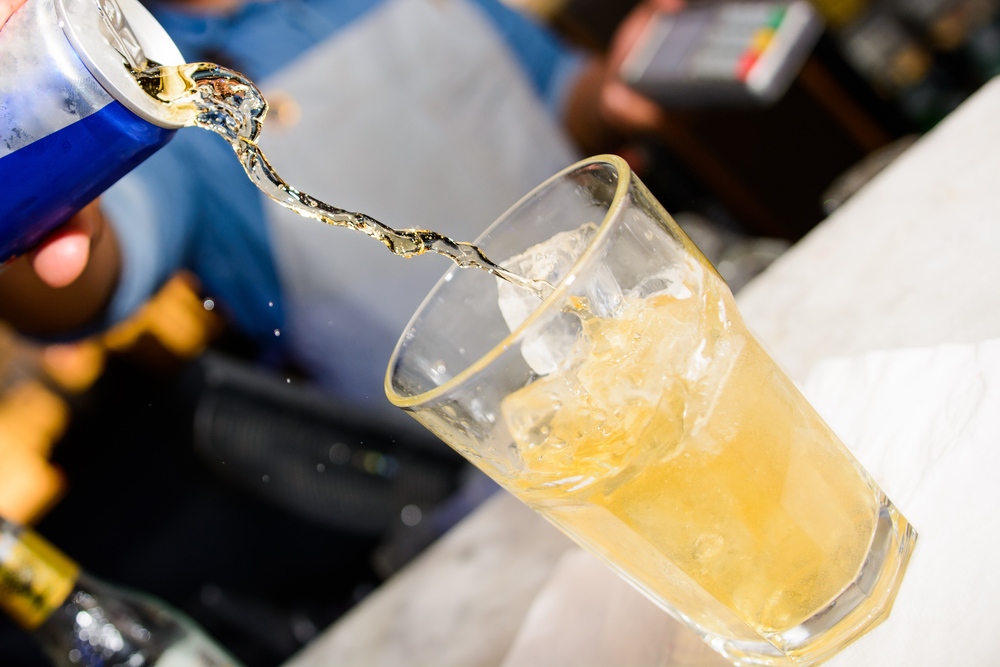 Since the drying out of most ships, and the fact that smoking is now also frowned upon, it seems that many younger seafarers are turning to energy drinks for stimulation. Does chugging these down come with hidden effects at sea?

ENERGY IN A CAN

Back in the mists of time even some of the most well-known soft drinks were considered to have a stimulating effect. Pepsi was originally marketed as an energy booster, while Coca-Cola’s name was derived from its two active ingredients, both known stimulants: coca leaves and kola nuts.

As these become household names, some of the more active constituents were scaled back or changed, but demand for stimulus remained. Over the years a huge market has grown for what are now called “energy drinks”.

These cough-linctus flavoured drinks quickly became a cheap and legal staple for staying up all night. The global energy drinks market is still growing and flooded with Red Bull competitors such as Relentless, Monster Energy, and Rockstar.

As the market has evolved, it is no longer just young adults guzzling them to study or party into the small hours; these brands are proving popular at sea as well. Indeed, as there are ever fewer things that seafarers are able to access for stimulation or enjoyment – it seems that many are taking to energy drinks to provide not just liquid refreshment, but to provide a spur to get through the draining and demanding times at sea.

Energy drinks are classified as soft drinks but usually contain more than 150mg of caffeine per litre, while many brands contain more than twice that amount. Some health agencies say just one can of some brands could exceed their recommended daily caffeine limit.

Obviously, coffee is a staple of shipboard life and has been for centuries. So, there has long been a use of caffeine onboard. However, it is the way that energy drinks can be drunk which is cause for concern.

Coffee is usually taken hot onboard ship, for a start. Also, it is not necessarily full of sugar and you can’t really gulp it down. You are unlikely to have three or four coffees one after another, like you can with energy drinks. Their highly appealing flavours such as tropical fruits and blueberry make them exceedingly attractive.

Research into energy drinks is in its infancy, but according to the excellent guide to health at sea from ISWAN’s “Seafarers’ Health Information Programme”, more than 400 mg of caffeine per day is not good for you.

Caffeine stimulates the short-term memory, but this does not lead to better physical performance. In fact, too much caffeine has side effects such as tension (stress), restlessness, trembling, insomnia, headaches and heart palpitations.

Thankfully, deaths from caffeine overdose are incredibly rare, especially when drunk in beverage form. It is often powered or pill forms of caffeine which are more damaging, but there are definite physiological effects to the drinks.

The health concerns don’t stop at sugar and caffeine. There’s the cocktail of the other things in these drinks – the guanine, taurine, various other what are called “healthy ingredients”. There is very little evidence about what the combination does to people.

WHAT ARE YOU DRINKING?

Energy drinks are increasingly packed with all manner of exotic ingredients. Taurine is an amino acid found in meat and fish that is claimed to enhance concentration (among its many other biological functions), especially when combined with caffeine and guanine – a stimulant derived from the South American guarana plant.

However, academic research on energy drinks from Europe and the US has found associations between consuming the drinks with symptoms including headaches, stomach aches, hyperactivity, insomnia, fatigue, and irritation.

Most energy drinks list caffeine and vitamins as the main ingredients. This makes them sound healthy and attractive, but that isn’t the whole story. Energy drinks claim to increase focus and improve performance and contain added stimulants, such as:

These are not always harmful by themselves. When combined with caffeine, they can cause health issues.

Doctors worry about the dangers of energy drinks. Side effects differ based on the person, type, and amount used. Reactions to energy drinks include:

Severe health issues also can occur from using energy drinks, such as:

There are potential health side effects, but they are fairly uncommon. What is perhaps more concern at sea is the potential for the cocktail of caffeine and ingredients to affect judgment.

According to studies in the US, there were higher incidences among energy drink users of injuries, driving violations and road accidents. While there are strong links between choosing energy drinks, and problems with behavioral regulation and metacognitive skills (such as planning and problem-solving).

Ships are dangerous places, and the decisions that seafarers make can be the difference between life and death. So, if energy drinks can mean impaired decision making, or for people to be more gung-ho, then these could be potentially serious.

Would a watchkeeper be tempted to react differently in a collision situation if they have consumed energy drinks? Would an engineer be more slapdash when repairing a piece of equipment? Would deck crew take more risks? It seems that we don’t really know, but the question seems a valid one.

What do you think? Would energy drinks really make a difference to performance? If so, is that good or bad? Do you think energy drink usage is on the rise at sea? Have you ever experienced negatives? Or do you just enjoy a can occasionally? We would love to hear your thoughts.