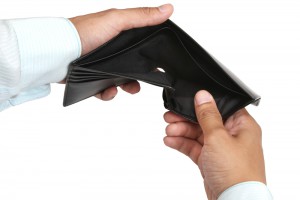 Maritime professionals is a term which is often banded around, and of course seafarers are just that: skilled, knowledgeable and experienced practitioners who just so happen to work at sea.

The Crewtoo Seafarers Happiness Index has given those working at sea a voice, and has highlighted the basics required for a satisfying and rewarding life at sea. From the 2015 results, seafarers stated they want to earn a fair wage and to be guaranteed to receive it.

The responses to the Seafarers Happiness Index showed that salary and wage levels are naturally important and make a difference. While some at sea are earning well, others are not only working for low salaries, sometimes they do not even receive them at all. Or they have to fight tooth and nail to get what is owed to them.

The concept of a “fair wage” emerged time and again – a mantra which shows that seafarers want and naturally need to be rewarded for the incredible tough job they do. This is where the minimum wage for seafarers comes into play.

While the levels of what is owed needs to be fair, it doesn’t count for anything if owners are going to withhold payment – so it becomes even more important that the guarantees contained with the Maritime Labour Convention (MLC) actually deliver. There are still too many seafarers left fighting for what is rightfully theirs – which suggests the system hasn’t bedded in yet.

Every two years the recommended International Labour Organization (ILO) “Minimum Wage for Able Seafarers” is assessed and announced. The latest level has seen wages remain at $614 basic pay per month until at least 2018. That equates to approximately 431 GBP, 538 Euros, 808 Australian dollars and 825 Singapore dollars.

They make decisions based on a number of pre-defined considerations. They benchmark against the basic pay or wage in countries and areas that are representative of maritime nations (those with at least two million gross tons of shipping) and of countries and areas which are major suppliers of seafarers (those with at least 10,000 seafarers). They also ensure that decisions take into account United States dollar exchange rate fluctuations.

They also look at the change in consumer prices. So that seafarers can afford to live in their home nations. Interestingly, this year, with the exception of 11 countries, consumer prices increased in all nations concerned over the period of adjustment. Which perhaps begs the question of why the average wage remained static – but it seems we are living in hard times for shipping, so perhaps that is the answer.

FROM MINIMUM WAGE TO GUARANTEED WAGE

Of course wage levels are only one side of the equation – if bad or bankrupt owners can simply ignore the need for pay – or can walk away from their responsibilities, then it is the poor seafarers who are left without a safety net.

The tales of abandoned seafarers are all too tragic and common. Left to fend for themselves in far off nations, depending on charity. Scared to leave the vessel, as they fear that once they step away all chance of receiving their pay is lost.

Seafarers responding to the Happiness Index, stated time and again that even with changes and developments within the MLC, they still questioned whether they would be guaranteed to get what was owed to them.

MLC has brought the issue of seafarer wage guarantees to the fore – but there is clearly some mistrust and a grudging fear that when things go wrong, it is always the seafarer that suffers.

Regulation 2.2 of MLC, states seafarers shall be paid in full in line with their employment agreements. The mandatory minimum wage for seafarers is not actually expressly stated, but MLC incorporates ILO Recommendation (No. 187) – so there is a relationship between the two.

MLC actually goes a little further, stating that minimum wages should be set with due regard to not only international labour standards, but also should take into account,“the nature of maritime employment, crewing levels of ships, and seafarers’ normal hours of work”.

So while the amount seafarers should receive is implied, what about making sure it actually gets paid? That is where things get a little trickier. MLC states that adequate penalties or other appropriate remedies should be imposed by the competent authority where shipowners unduly delay, or fail to make, payment of all remuneration due. But do they? It seems that flag States are still falling down on this – they are too caught up in a client relationship with the good owners, and have too little control over the bad.

Which means it is often left to the unions and charities to step in – the ITF often has to roll its sleeves up and get involved, fighting for crew wages. While the likes of the Mission to Seafarers, Apostleship of the Sea and Sailors Society – step in to provide support, comfort and even food and drink for abandoned or unpaid crews.

That we could be in the 21st Century and seafarers are still routinely unpaid and abandoned is difficult to digest. Every vessel which is cut adrift by owners, and the crew left to suffer the indignity, stress, pain and anguish of abandonment is a stain on the conscience of shipping.

The unfortunate fact is that shipping doesn’t really have a collective “conscience”, or even a face. For all the work of the International Maritime Organization, they talk the talk – but the mechanism doesn’t allow them any walking. While flag States seem to be all too easy or ready to step away from problems.

Seafarers want guarantees, and they want reassurance and certainty. At the moment that really only comes in the form of insurance cover. Insurers have reacted to MLC by developing products for employers of seafarers and shipowners. These are designed to cover not only the minimum MLC2006 requirements, but also to provide the indemnification of unpaid wages.

It will become mandatory for shipowners in 2017 to indemnify their crews but, at the moment, often the only way for seafarers to recover unpaid wages is to remain onboard the ship until the ship is sold. This is a lose-lose situation, the shipowner loses the ability to trade, while the seafarers and their families suffer further financial loss and hardship. Guarantees of payment, mean that hopefully when things go wrong, then seafarers can head home with their wages in hand to see their loved ones and to seek new employment opportunities.

Do you feel that more needs to be done to guarantee seafarer wages? Have you been abandoned by owners and had to fight to get paid? Let us know you think…